Neil deGrasse Tyson thinks our universe may be just a simulation

Shares
Neil deGrasse Tyson, hosting at this year's 2016 Isaac Asimov Memorial Debate at the American Museum of Natural History, said that he thinks the likelihood of the universe being a simulation "may be very high" 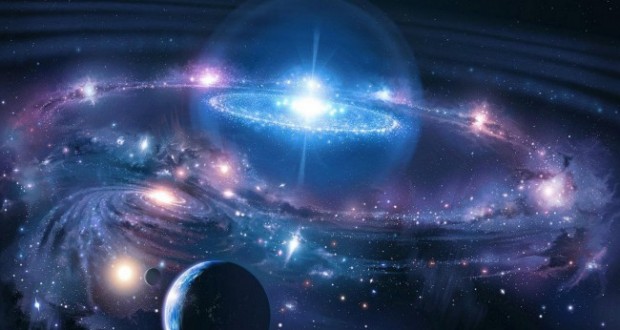 In turn, Physicist Lisa Randall, said she thought the odds that the universe isn’t “real” are so low as to be “effectively zero,” the Business Insider reports.

The question of whether or not we know that our universe is real has vexed thinkers going far back into history, long before Descartes made his famous “I think therefore I am” statement. The same question has been explored in modern science fiction films like “The Matrix” and David Cronenber’s “eXistenZ.”

But most physicists and philosophers agree that it’s impossible to prove definitively that we don’t live in a simulation and that the universe is real.

Tyson agrees, but says he wouldn’t be surprised if we were to find out somehow that someone else is responsible for our universe.

One of the main arguments that physicists use to talk about what’s known as the “simulation hypothesis” is that if we can prove that it’s possible to simulate a universe — if we can figure out all the laws that govern how everything works (which physicists are trying to do) — that makes it much more likely that it is actually simulated. If we know that it’s possible to do something, it’s much easier to think that thing is being done.

We haven’t been able to figure out how to simulate a universe — yet. But it’s not too hard to imagine that some other creature out there is far smarter than us.

Tyson points out that we humans have always defined ourselves as the smartest beings alive, orders of magnitude more intelligent than species like chimpanzees that share close to 99% of our DNA. We can create symphonies and do trigonometry and astrophysics (some of us, anyway).

But Tyson uses a thought experiment to imagine a life form that’s as much smarter than us as we are than dogs, chimps, or other terrestrial mammals.

“What would we look like to them? We would be drooling, blithering idiots in their presence,” he says.

Whatever that being is, it very well might be able to create a simulation of a universe.

“And if that’s the case, it is easy for me to imagine that everything in our lives is just the creation of some other entity for their entertainment,” Tyson says. “I’m saying, the day we learn that it is true, I will be the only one in the room saying, I’m not surprised.”