Shares
Japanese car maker Mitsubishi Motors Corp said on Tuesday it used fuel economy testing methods that did not comply with Japanese regulations for 25 years, much longer than previously known. 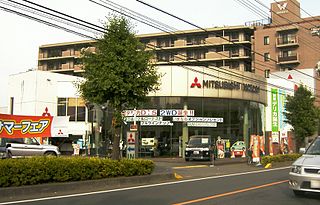 It said aggressive internal targets may have put pressure on employees to overstate the fuel economy of its vehicles, and would set up an external committee to investigate the matter, Reuters reports.

Japan’s sixth-largest automaker has lost half its market value – some $3.9 billion – since it admitted last week to manipulating test data for four domestic mini-vehicle models, including two it produced for Nissan Motor Co.

It has also said that more models may have used tests non-compliant with Japanese standards, prompting concern about ballooning potential compensation costs and fines. The U.S auto safety regulator is also seeking information, while Japanese authorities have raided one of the company’s research and development facilities.

It said it had been submitting non-compliant data to Japan’s transport ministry since 1991. It previously said such non-compliance went back only to at least 2002.

Ryugo Nakao, executive vice president, said Japanese regulations changed in 1991 to require testing methods to better reflect stop-and-go urban driving, but Mitsubishi Motors did not follow that rule change. “We should have switched, but it turns out we didn’t,” he said.

A committee of external experts will report the results of its investigation in three months, he said.