SpaceX wants to send a spaceship to Mars by 2018 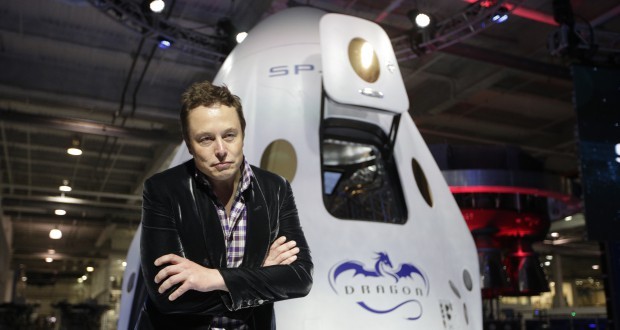 The commercial spaceflight company SpaceX announced on Twitter today that it plans to send its robotic Dragon capsule to Mars as early as 2018, Space.com reports.

“Red Dragons will inform the overall Mars architecture,” SpaceX representatives tweeted today (April 27), referring to the company’s eventual plans to set up a colony on Mars — a key goal of SpaceX and its founder, billionaire entrepreneur Elon Musk.

Planning to send Dragon to Mars as soon as 2018. Red Dragons will inform overall Mars architecture, details to come pic.twitter.com/u4nbVUNCpA

A source familiar with the company’s plans said the first test flight of a Dragon capsule to Mars would demonstrate technologies needed to land large payloads on the Red Planet. That could include supplies and habitats for Martian explorers. In addition, the source said that SpaceX intends to reveal details of its colonization architecture later this year.

In November 2015, SpaceX released a video showing its Dragon V2 capsule — the crewed version of the spacecraft — during a hover test, meant to demonstrate how the capsule would gently lower itself down onto the surface of a distant world.

Last year, a group of NASA scientists explored the possibility of a Red Dragon mission, in which a SpaceX capsule could be used to pick up the rock and soil samples that will be collected by the agency’s Mars 2020 rover, and return them to Earth for further study. That mission has not been approved by NASA, nor has SpaceX confirmed that it would participate.

In January 2015, during a Reddit “Ask Me Anything” session, Musk said that plans for the company’s “Mars Colonial Transporter” — the spaceflight system that will take humans to and from the Red Planet — would be released by the end of the year, but that has not yet happened. The company is currently developing a rocket called the Falcon Heavy, which the company says will have the capacity to carry humans and cargo to deep-space destinations, even Mars.

On April 8, SpaceX passed a major milestone in its development of reusable rockets when it successfully landed the first stage of its Falcon 9 rocket on a drone ship. Musk has said that reusable rockets will dramatically lower the cost of going to space, thereby making ambitious, expensive efforts such as Mars colonization more economically feasible.