Shares
Azerbaijan’s Khadija Ismayilova is honored with UNESCO’s annual free speech award. She is one of 38 journalists in jail in Europe. 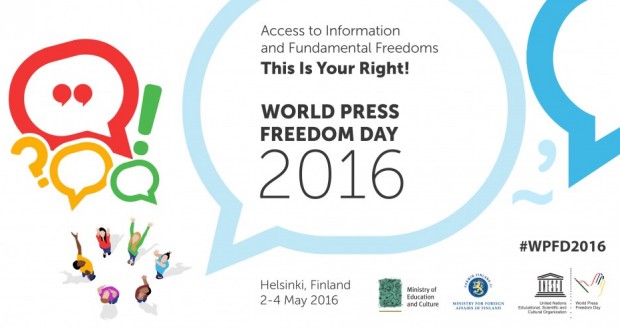 The government of Azerbaijan was under growing international pressure to release the investigative journalist Khadija Ismayilova from prison Tuesday, as she was honored with UNESCO’s annual World Press Freedom Prize, The Politico reports.

Ismayilova, a contributor to the Azerbaijani service of Radio Free Europe, was sentenced to seven-and-a-half years in jail in September on charges relating to abuse of power and tax evasion. Human rights groups say Ismayilova was prosecuted on sham charges because of her critical reporting on the repressive regime of President Ilham Aliyev.

While Ismayilova’s case is well-known, she is not the only journalist on the periphery of Europe who has been thrown in jail for speaking out against abuses by autocratic leaders: According to the European Federation of Journalists, there are currently 38 journalists in prison in Azerbaijan, Montenegro, Russia, Turkey and Ukraine.

World Press Freedom Day was proclaimed on May 3 by the UN General Assembly in 1993 following a Recommendation adopted at the 26th Session of UNESCO’s General Conference in 1991. This in turn was a response to a call by African journalists who in 1991 produced the landmark Windhoek Declaration on media pluralism and independence.