Home / Tech / All Continents Up to NASA’s Challenge: Inspired by Technology, United by Fascination

All Continents Up to NASA’s Challenge: Inspired by Technology, United by Fascination

Shares
Following the global overview of NASA’s global competition Space Apps Challenge 2016, which received a great reaction in the media, we are getting closer to the rich picture of the hackathon 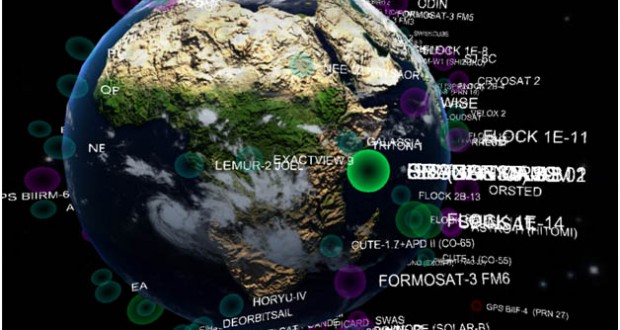 After reporting on Canada’s special hackathon for children in Toronto, we received great feedback on projects elsewhere done for children and by children. Congrats to Canadian Ukrainian Tanya Oleksiuk and her team with their winning Kid on the Moon project and other winners! We mentioned the Silicon Valley location before – it was well done by Irena Chaushevska, and another Eastern European Andrej Arpas was part of team that conducted the first Space Apps in Washington, D.C. One app there, Astro Ladder helps high school students track their progress toward becoming an astronaut in the spirit of the NASA’s Mars Mission. The team managed to interview a NASA astronaut as part of the solution as well!

Harvard Graduate School of Design is collaborating with Boston Children’s Museum this year. One project from that location, Space Station 66 is a VR simulation that allows you to see what it would be like to build, live and work on a space station.

Back to California (and https://twitter.com/openNASA is a useful source), where education was the focus in a large number of projects. One of Pasadena’s solutions HoloCube lets kids explore space with their friends and learn new things. It creates a starry night and constellations inside their bedrooms, and exposes them to the wonders of space. It’s their personal buddy which grows with them, teaches them, challenges them, and helps inspire them. Another location in California, Irvine reported projects where kids as young as 9 were involved, and one of the local judges was NASA’s CTO of IT Deborah Diaz who interviewed one of them.

Two of the winners in San Francisco, Space Explorer and Astronomy Ency, help school teachers and individual learners who are interested in the outer space.

In Rome, where ESA and U.S. Embassy were organizing the event, a group of high-school students designed an ECO-mmunity, an app-game that teaches kids to be environmentally aware. The user controls a city, which must be transformed into an eco-paradise with no negative influence to its surroundings.  The aim to teach the youngest people(6 to 13 years old) about how to be more sustainable, while entertaining them, so that the population of the future will be more mature and responsible.

Previously we already mentioned two cities in the UK (London and Liverpool) – these locations, as well as York, were also active in solving environmental problems, while Glasgow was presenting many Space Station apps.

ISS apps also featured in Berlin. The Game of Twister (Wikipedia) was the source of inspiration for a team who developed a version for astronauts to train flexibility and coordination. In space, astronauts can play twister in all three dimensions. Instead of the original mat, Space Twister uses electronic, touch-sensitive modules that are fixed using suction cups. Each module contains one of the coloured circles that the players need to hit with their hands and feet. In Vienna, Biosphere Babies were inspired by Norbert Wiener’s “The Human Use Of Human Beings” (1954) to work on an online game for users to collaborate worldwide in new ideas and strategies for the regeneration of ecological equilibrium.

In Paris, a jury of NASA’s scientists included Associate Administrator Steve Jurczyk, Dr. David W. Miller and Dr. Ellen Stofan. One project developed there is Asteroid Rush that uses intelligent systems orbiting Mars to mine the Main Asteroid Belt’s inner asteroids. It is an approach for characterizing the composition of asteroid for mining potential and a process for mining different compositions.

OpenNASA features reports about Valencia. But can you start solving the challenge in Spain and go to Jamaica to complete it? NASA gives you this opportunity, as the NEOFIT project shows. Say you feel like going stargazing some of the Near Earth Objects and get ready to leave for the mountains with your trusty telescope, only to realize that since they are so close, they also happen to move so fast! How are you going to pinpoint their location? NEOFIT will show you all sorts of information about any object you choose: magnitude, apparent size, range and radial speed. Now you know everything about your skies and are ready to go!

And though Antarctica was not among the participating continents, some 2016 solutions could be well applied there. Iceinspec app from Copenhagen is used to give an estimate of the thickness of the sea ice. We already mentioned the Kyiv (Kiev) location  – all of the great apps coming from there could emerge thanks to great job primarily by the organizer Andrey Begunov.  Noteworthy, a team from Severodonetsk participated in the event and received a local prize for its Don’t Crash My Drone project. And the work of Alex Planida’s team is an example of projects inspired by great philosophers.

Eastern Europe boasted many other locations as well. Another Ukrainian location was Kirovograd, where one of the winners was DronProtect, a project from Zhytomyr, Sergei Korolyov’s birthplace, and an app for kids’ education was created by a 14-year old Igor Parkhomenko. Overall, Mars was a very popular topic in Eastern Europe.

In addition to Jamaica (see above), many other locations from Central and South America joined the event. In Mexico, Bolivia and other countries, several apps were inspired by the Rosetta comet-chasing mission to solve the task of asteroid mining.

Note – we are proud that two years ago Rosetta soft-landed its Philae probe on comet 67P/Churyumov-Gerasimenko that was discovered by Ukrainian scientists, and Klim Churyumov himself was a jury member of the Space Apps in Kyiv (Kiev).

And Davar Ardalan reports: “Buenos Aires, Argentina participated in Space Apps for the first time this year. Ten teams worked hard with great support from CONAE (an Argentine Space group), the local government group working on Open Data and INVAP, a state company that spun off of the Argentine Atomic Commission.

In Cairo, teams applied virtual reality technologies to build projects ranging from environments to explore Mars to a VR dodgeball game in space!” It should be added that over 700 people participated there, and Mars was a hot topic.

It is amazing what a wide span of challenges NASA proposed to the participants – in Nigeria, for example, Nomadica and several other teams were solving the challenge to develop mobile apps that help pastoralists find sources of water and safest routes for grazing.

Are you a sailor on a treasure hunt? NASA’s hackathon allows your spirit of adventure to be applied not only in the outer space but also in one of the oceans. This app from Tokyo location uses NASA’s data to help you safely reach your destination.

As we previously reported, several locations participated in Australia. And in Auckland, New Zealand’s 2016 Space Apps Challenge (also conducted with participation of the U.S. Embassy), Luna team came up with a children’s table-top tracker made with parts they can 3D print themselves. The pointer would track the real-time position of the moon, planets or the ISS. It would also be able to project a bright image of the object onto the walls in its actual position, at night.

There was a possibility for virtual participation Everywhere on Planet Earth with its excellent lead Blake Garcia. One of apps, Ready for the Day sounds like science fiction but could well be implemented. It is a communication application for adapting to the space era. You can become an ALIEN, appear in a different place wherever you want and study how to speak with an ALIEN through the Video chatting with a virtual ALIEN.

Many projects and locations provided their feedback to us or shared our publications and enriched them with their valuable comments. Indeed, the impact of the Challenge is not limited by science, technology and education.

Space Apps Challenge boosts new digital media development – it is sufficient to mention the vast number of media services, social networks and other websites that covered and commented on the event.

Special thanks to teams which were working not just on the front line of science and technology but on the real-world front line like participants who came all the way from Severodonetsk after preparing their project there. Let us praise participants from Australia, the U.S. and other countries who developed apps supporting women’s empowerment. Also, as part of preparation for the hackathon, Sergei Vakarin started development of a special method for involvement of visually impaired children in IT education.

It is not over yet

Globally, about 1200 projects were presented this year. Now the judging is going on.

But in fact, in this community of people united by technology, fascination and the spirit of innovation everyone is the winner.

Open Innovation team is part of NASA’s Office of the Chief Information Officer, and Space Apps were initiated by NASA as part of Open Government Partnership announced by President Obama and are the largest success story of it so far.