Shares
Ukrainian Antonov An-225 Mriya, the world's largest transport aircraft, departed from Kyiv to Prague for its first commercial flight to Australia 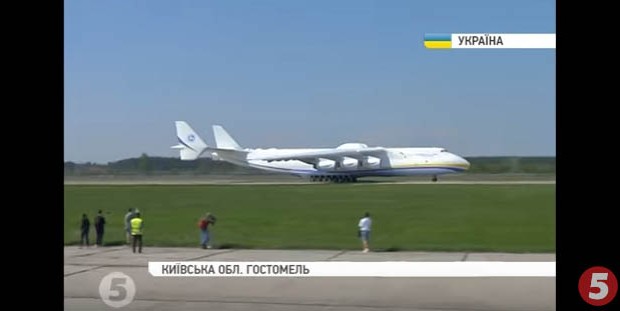 The world’s largest transport aircraft – Ukrainian Antonov An-225 Mriya (Dream) took off from an airfield in Hostomel near Kyiv to Prague. It will perform the first commercial flight from Prague to Australia’s Perth to deliver a 130-ton generator, Joinfo.ua reports with reference to the Korrespondent.

“On May 10, 2016 the world’s largest transport aircraft Ukrainian Antonov An-225  Mriya departed from Kyiv to Prague (Czech Republic), where it will start its first commercial flight to Perth, Australia,” – Antonov Design Bureau said in a statement.

Mriya will deliver a 130-ton generator from Prague to Perth.  During the flight Mriya will make three technical landings in Turkmenistan, India and Malaysia. The aircraft will land at the airport of Perth on 15 May.

In Australia about 50 thousand people will watch it landing. According to SC Antonov, so many applications were received from those, who would like to see the world’s largest Ukrainian aircraft. It was reported also, that the viewers will be able to watch the landing of An-225 at a distance of 50 meters from the specially equipped platform.