World’s biggest aircraft – Ukrainian An-225 has landed in Australia

Shares
More than 15,000 of excited spectators came to watch Antonov An-225 Mriya landing at Perth. It was Mriya’s first trip to Australia. Ukrainian cargo aircraft landed at around 11.30 am local time after a long journey from central Europe. 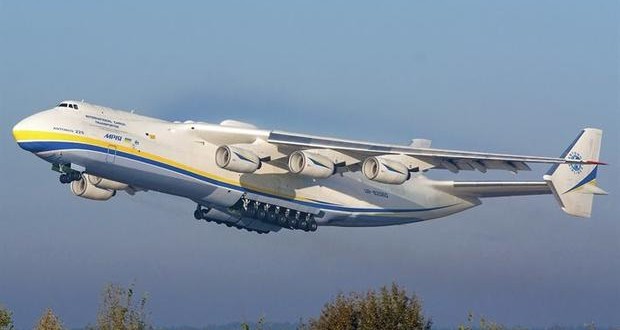 Mriya (Ukrainian for “dream”) was contracted by Worsley Alumina to transport a 117-tonne power generator from Prague, Czech Republic, The Herald Sun reports.

Not even a two-hour flight delay — due to a schedule change by Air Traffic Control in Kuala Lumpur — could deter the crowds.

Traffic around the airport was gridlocked and people booked on flights out of the city complained that carparks were full as a result of the much-anticipated landing.

It is the first time the Antonov has ever come to Australia, despite flying since December 1988.

With a maximum takeoff weight of 640-tonnes, the Antonov was the only aircraft capable of transporting the power generator required by Worsley’s Bunbury plant.

A Worsley Alumina spokesman said they had looked into shipping the generator but it would have taken too long.

“The sheer size of the An-225 was breathtaking with the click of camera shutters audible over the roar of the six engines as it taxied past,” said Ms Lander.

“Never before has the An-225 made its way to Australia and the people of Perth made the most of its visit today.”

Measuring 84-metres in length, and with a wingspan of 84.4-metres, the Antonov has never been replicated — although it is believed a second An-225 is currently being built in Russia.

The Mriya was crewed by 21 people including seven cockpit crew, one flight manager, six engineers and additional support.

It will remain in Perth for about 48-hours before heading to Germany.

The unloading of the generator is expected to take around 12-hours, using a sophisticated system of ramps and cranes.

Refuelling stops in Turkmenistan, Hyderabad and Kuala Lumpur followed before the final and longest leg of its journey, the 4067km trip from KL to Perth.

Built in the 1980s by the Soviet Union’s Antonov Design Bureau, the An-225 is a one-of-a-kind aircraft measuring 84-metres long and with a wingspan of 88-metres.

It has six turbofan engines to power its bulk through the sky, and 32 wheels on which to land.

Perth Airport’s External Affairs Executive Fiona Lander, said they had worked closely with Antonov to try to ensure that everyone who came to see the aircraft got a good view on Taxiway Charlie.