Shares
To mark the 125th Anniversary of Ukrainian immigration to Canada the Provinces of Manitoba and Saskatchewan proclaimed 2016 The Year of Ukrainian-Canadian Cultural Heritage. 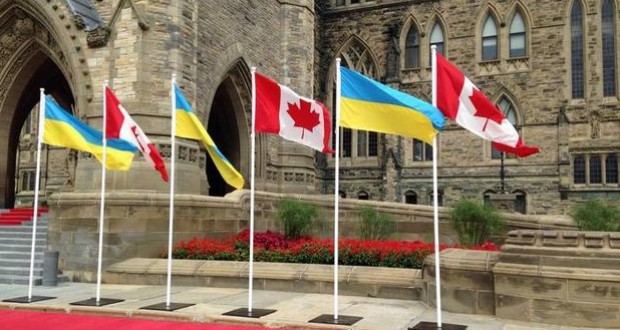 The Premier of Manitoba Hon. Greg Selinger, read a proclamation which had the support of all parties represented in the Manitoba Legislative Assembly on March 10, 2016.

The proclamation was made in the presence of representatives of the Ukrainian Canadian Congress and the Ambassador of Ukraine to Canada.

“This Proclamation is an important beginning to the year-long celebrations planned by UCC-MPC to mark the 125th Anniversary of Ukrainian immigration to Canada,” said UCC-MPC President Oksana Bondarchuk. “It points out the contribution that Ukrainian Canadians have made, and continue to make, to the vibrancy and success of Manitoba. I am especially pleased that Ambassador Shevchenko was present to participate in this significant event.”

Saskatchewan Premier Brad Wall officially proclaimed 2016 as the Year of Saskatchewan Ukrainians to acknowledge the 125th anniversary, while recognizing contributions that Ukrainians have made to the province. Ukrainian Canadians are an important part of Saskatchewan’s cultural diversity making up 13 per cent of its population; they proudly share their identity and culture, thereby, enriching our communities.

Events celebrating the 125th anniversary of Ukrainian immigration are being planned in the province and across the country. In the fall, Saskatchewan will be the centre of national celebrations when UCC Saskatchewan hosts the XXV Triennial Congress of Ukrainian Canadians. The theme for this gathering of Ukrainian community leaders is “Engage-Inspire-Empower.” The Congress will take place in Regina from September 29 to October 2, 2016. The culmination of the weekend will be a gala concert at the Conexus Arts Centre showcasing some of Canada’s top Ukrainian entertainers.