Shares
Ukraine's Marysia Nikitiuk received the Krzysztof Kieslowski Scriptwriter Award for the Best Script from Central and Eastern Europe at the Cannes Festival for her script 'When Trees Fall'. 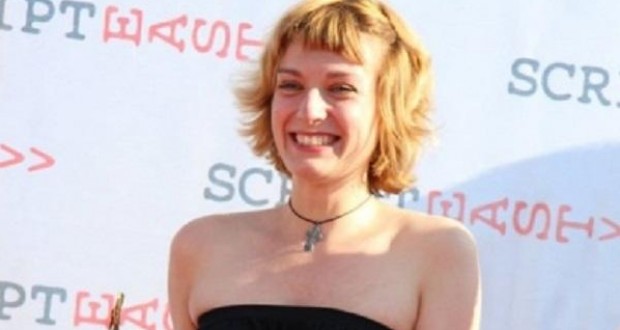 The work was written and developed under the program for scriptwriters of the Independent Film Foundation, the press service of Ukrainian State Film Agency has said, Joinfo.ua reports with reference to Interfax-Ukraine.

“This year’s Scriptwriter Kieslowski award goes to a script that is unusually rich in cinematic potential. It presents an intoxicating array of characters and narratives, woven together to create an extraordinary world that is at once terrifying, magical, sensual and hilarious, but never less than authentic. The writer’s imagination sparkles on the page, and we are all excited to see how this vision can be realized for the screen,” the award jury said..

This year, eleven projects from seven Eastern and Central European countries participated in the program.

In addition to the honorary title, Nikitiuk’s script ‘When Trees Fall’ also received EUR 10,000 to help finance production of the film. “This is a very happy event for me personally and for the film project as a whole, though it is a big responsibility. It is the first time Ukraine has participated in the Scriptwriter program and, I hope, the victory of my script is the start of a good tradition for Ukrainian writers and film producers,” Nikitiuk said at the award presentation.

The film is being made by the Film Directory company. Its producer is Ihor Savichenko. The shooting is scheduled to start in August 2016.

The project is already being implemented with the support of the Ukrainian State Film Agency, and has been put into production as the winner of the 7th competitive selection of the State Film Agency. It has received state funding in the amount of UAH 10 million. The project was singled out at the Odesa International Film Festival in 2014 and was presented at the Baltic Events, DAB and MAIA Workshops.

Ukrainian viewers will be able to see the movie in 2017.

It should be recalled that Ukrainian singer Jamala won Eurovision 2016 on May 14 with her song ‘1944.’