Shares
A group of researchers at Harvard University may have unlocked the mystery behind what causes Alzheimer’s disease. 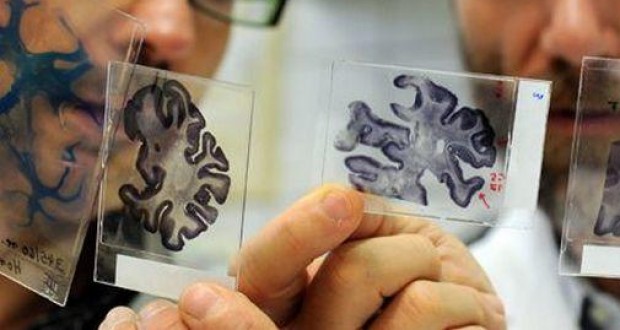 The study, published this week, focused on the protein known as Amyloid Betas. A-Betas are the major component found in the Beta-Amyloid plaques that clump together in Alzheimer’s patients brains, the same plaques that cause the degeneration of the brain and memory loss over time. Until now, the role of Amyloid betas were not fully understood. This new hypothesis set forth by the team at Harvard may change everything the science and medical community knows about A-betas, the Geek reports.

Deepak Kumar, and the other 10 members on the research team, believe they have found a link between infections and the A-beta peptide that may be the root of Alzheimer’s — and a possible treatment.

So, here’s the hypothesis they came up with, and confirmed in yeast, roundworms, and mice: When an infection happens in the brain — be it viral, bacterial or fungal — and it seeps into the membrane, Amyloid Beta proteins will form a barrier around it, causing the infection to be cut off from any tissue to feed on and die. The result is the clump of Beta-Amyloid plaque, which are found in the brains of  Alzheimer’s patients.

If this proves to be the case in humans, these findings could make way for major advances in not just the study of Alzheimer’s, but working to find a way to minimize, or even stop the effects of the disease.

What Kumar and his team have here could be the building blocks of the biggest breakthrough in Alzheimer’s in years. The next step is, of course, more research. The Cure Alzheimer’s Fund is working on a gene sequencing project that will focus on the microbes in the Beta-Amyloid plaques, and to continue the study of infectious diseases and their link to Alzheimer’s.

What we do know for certain is that Alzheimer’s is not a normal part of the aging process. It’s the most common form of dementia, and infects without prejudice. Any step closer to understanding and finding a way to end this disease is a step in the right direction.