Shares
The world's most visited museum, the Louvre in Paris, is to close on Friday amid worsening flooding caused by days of torrential rain. Forecasters warned of more heavy rain from France to Ukraine 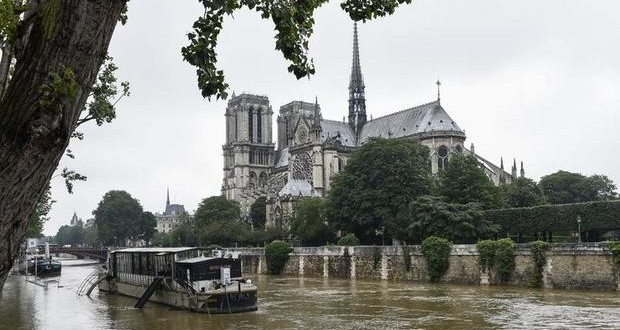 The Louvre is to close on Friday to allow staff to move works at risk of damage to higher parts of the gallery, a statement said, according to BBC.

The Seine, which runs through Paris past the Louvre, has risen five metres above normal levels.

Heavy rains across Europe have left at least 10 people dead, most of them in Germany.

More downpours are forecast right through the weekend across a band of central Europe from France to Ukraine, with as much as 50mm (2in) of rain falling in some parts in just a few hours.

Emergency barriers are being put up along the Seine, which burst its banks in places. Its levels are forecast to peak overnight.

Announcing the closure, the Louvre said: “The aim is to move works situated in areas vulnerable to flooding to safety by moving them to higher floors.”

Rail operator SNCF announced the closure of the RER C line, which runs alongside the Seine in central Paris from 16:00 local time (14: 00 GMT).

About 25,000 people are without power in Paris and central France.

In Germany at least nine people have died in recent days, while several people are missing.