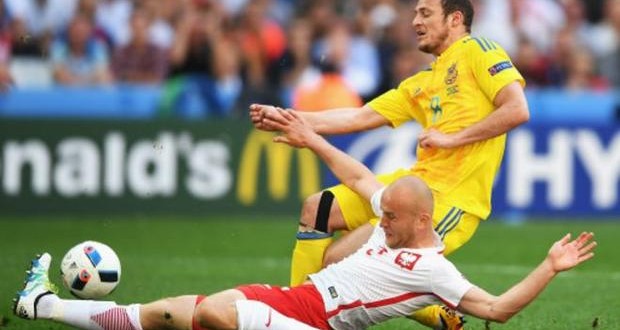 Unlike meeting Jamala, the winner of Eurovision song contest, no one except for the journalists came to meet the footballers. Ukrainian team lost all three games of group tournament of Euro-2016, failing to score a single goal.

The head coach of the national team Mykhaylo Fomenko announced his resign after the last match with Poland. Who is going to replace him, is currently unknown even to the sports officials. The footballers themselves avoid talking to the media.