Shares
Britain has voted to leave the European Union, results from Thursday's referendum showed, a stunning repudiation of the nation's elites that deals the biggest blow to the European project of greater unity since World War II. 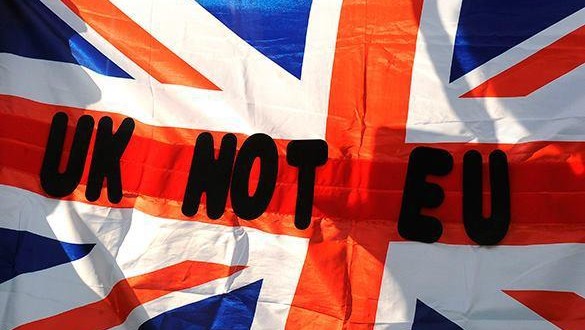 Global financial markets plunged as complete results showed a near 52-48 percent split for leaving, on fears that the decision will hit investment in the world’s 5th largest economy, threaten London’s role as a global financial capital and foment uncertainty in the world’s biggest trading bloc, Reuters reports.

“It’s a momentous day. It’s an extraordinary event and the it will change the course of British history,” said British Foreign Secretary Philip Hammond who had campaigned for a “Remain” vote.

The leader of the anti-EU UK Independence Party, Nigel Farage, hailed it as “independence day”.

Quitting the EU could cost Britain access to the EU’s trade barrier-free single market and mean it must seek new trade accords with countries around the world. President Barack Obama says it would be at the “back of a queue” for a U.S. pact.

The EU for its part will be economically and politically weakened, facing the departure not only of its most free-market proponent but also a member with a U.N. Security Council veto and powerful army. In one go, the bloc will lose around a sixth of its economic output.

The vote will initiate at least two years of divorce proceedings with the EU, the first exit by any member state. Prime Minister David Cameron is expected to notify his European counterparts within days.