David Cameron to quit after UK votes to leave EU

Shares
Prime Minister David Cameron is to step down by October after the UK voted to leave the European Union. 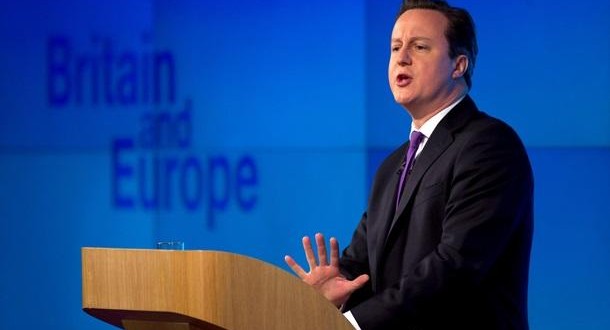 The UK Prime Minister David Cameron made the announcement in a statement outside Downing Street after the final result was announced, BBC reports.

He said he would attempt to “steady the ship” over the coming weeks and months but that “fresh leadership” was needed.

The PM had urged the country to vote Remain, warning of economic and security consequences of an exit, but the UK voted to Leave by 52% to 48%.

England and Wales voted strongly for Brexit, while London, Scotland and Northern Ireland backed staying in.

UKIP leader Nigel Farage hailed it as the UK’s “independence day” but the Remain camp called it a “catastrophe”.

The pound fell to its lowest level against the dollar since 1985 as the markets reacted to the results.

Mr Cameron said he had informed the Queen of his decision to remain in place for the short term and to then hand over to a new prime minister by the time of the Conservative conference in October.

It would be for the new prime minister to carry out negotiations with the EU and invoke Article 50 of the Lisbon Treaty, which would give the UK two years to negotiate its withdrawal, he said.

David Cameron will stand down, but says: “I will continue in post as PM with my cabinet for the next three months” https://t.co/zQYMaVoIq7