Shares
Canada's commodity-oriented economy will suffer a blow from Britain's vote to leave the European Union, which has put the prospect of Canadian interest rate cuts back on the table. 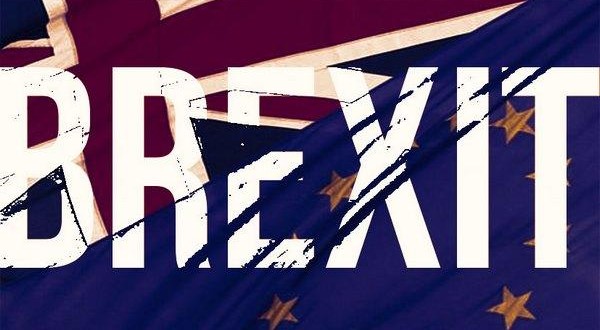 Canada faces weakened demand from its third-largest export market and a likely delay in ratifying a long-negotiated free trade deal with the EU, Reuters reports.

The biggest impact will be on global growth as Brexit disrupts trade and investment, weakening the price of oil and other commodities Canada exports.

The UK vote “injects more downside into the global growth outlook, and that’s the way it will play out in Canada,” said Doug Porter, chief economist at BMO Capital Markets.

Canada’s economy was pushed into a mild recession in early 2015 by the collapse of oil prices, with the Bank of Canada cutting interest rates twice last year to offset the damage.

Market players this year had scaled back on bets of another cut on the back of a rebound in oil prices, stronger economic data and less dovish comments by the central bank.

That changed Friday after the British vote with overnight index swaps, which track expectations for the central bank’s main policy rate, now implying a 27 percent chance of a cut this year. Swaps were priced for no change before the Brexit result.

“The risk is still that the bank could conceivably cut in the event that the shocks that we’re looking at prove to be bigger than what we currently estimate,” said David Tulk, chief Canada macro strategist at TD Securities, who notes he is not forecasting a lowering of interest rates.

Lower borrowing costs are also likely to fuel surging Canadian property prices, economists said, a boom that has worried policymakers and been called a bubble by some market watchers.

TD Bank estimated the exit vote could shave about 0.5 to 1.0 percentage point off economic growth in Canada and the U.S. in the second half of the year.

Canada exported C$16.6 billion of goods to the UK last year, making it the biggest buyer after the United States and China. Canadian companies, including Bombardier, also have major investments there.

The plane and train manufacturer said it was committed to its UK operations, but that it was too early to speculate on the impact of the vote.

Canada’s free trade agreement with the EU, known as the Comprehensive Economic and Trade Agreement (CETA), still needs to be formally signed, something both sides had hoped would happen this year.

“This pretty much guarantees that it will be pushed back,” said Mark Warner, an international trade lawyer. “I don’t think it ends CETA.”

Last month, Trudeau told Reuters that there would be “nothing easy or automatic” about negotiating new trade deals with Britain if it left the EU.

It should be recalled that Prime Minister Justin Trudeau is expected to sign free trade deal with Ukraine during visit next month.