Shares
Two complimentary studies, one conducted by researchers from the French National Centre for Scientific Research (CNRS) and Aix-Marseille University, and the second – by a team of international researchers, have for the first time revealed how two natural satellites of Mars - Phobos and Deimos - originated millions of years ago. 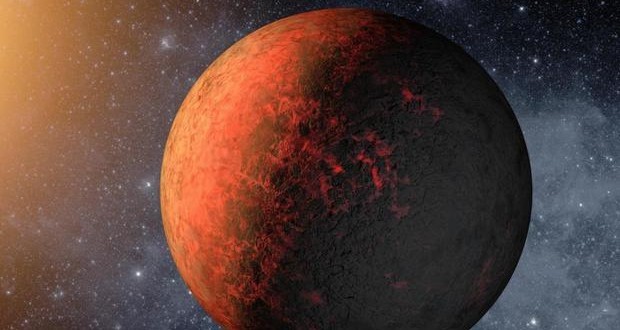 The first study was conducted by researchers from the French National Centre for Scientific Research (CNRS) and Aix-Marseille University, Joinfo.ua reports with reference to the Zeenews.

It ruled out the capture of asteroids and showed that the only scenario compatible with the surface properties of Phobos and Deimos was that of a giant collision.

In the second study, published in the journal Nature Geoscience, a team of international researchers used cutting-edge digital simulations to show how these satellites were able to form from the debris of a gigantic collision between Mars and a protoplanet one-third its size.

Due to their small size and irregular shape, Phobos and Deimos strongly resembled asteroids but no one understood how Mars could have “captured” them and made them into satellites with almost circular and equatorial orbits.

In the first study, to be published in the Astrophysical Journal, CNRS researchers ruled out the possibility of a capture on the grounds of statistical arguments based on the compositional diversity of the asteroid belt.

They showed that the light signature emitted by Phobos and Deimos is incompatible with that of the primordial matter that formed Mars.

According to the second study, the Martian moons would have been created following a collision between the Red Planet and a primordial body one-third its size, 100 to 800 million years after the beginning of the planet’s formation.

The debris from this collision formed a very wide disk around Mars, made up of a dense inner part composed of matter in fusion, and a very thin outer part primarily of gas.

In the inner part of this disk formed a moon one thousand times the size of Phobos which has since disappeared.

After a few thousand years, Mars was surrounded by a group of approximately 10 small moons and one enormous moon.

A few million years later, once the debris disk had dissipated, the tidal effects of Mars brought most of these satellites back down onto the planet, including the very large moon.

Only the two most distant small moons, Phobos and Deimos, remained, the authors noted.