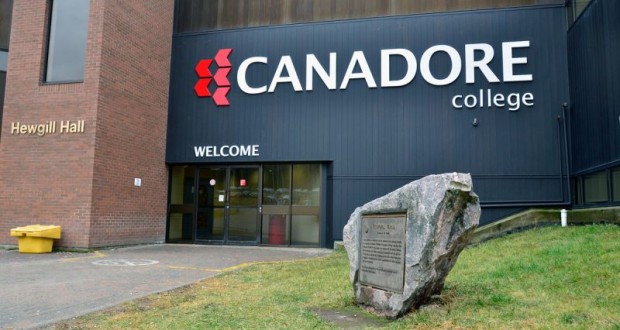 20 college-aged students have arrived to North Bay from Brazil to take English as a Second Language at Canadore College. After intense study in the morning, they will venture out into the community to enjoy sporting events, festivals, field trips and more, according to the press release, Joinfo.ua reports.

Another 20 students will arrive later this week to study English with a focus on Aviation. From China’s Guangzhou Civil Aviation College, the learners will engage in a curriculum designed to teach them the language while applying practical skills on various aircraft. While visiting North Bay, they will also golf, take a city real estate tour, have a local helicopter ride as well as take part in the broader Ontario experience by going to the Canadian Ecology Centre, touring Toronto and Niagara Falls, Ont.

The final group hails from China as well, with more than 75 students from high school coming to the City for a language and cultural camp. Formal classes will be held in the morning, followed by outings to City Hall and various city attractions, including horseback riding and the Chief Commanda II. The group will also partake in a series of cultural workshops facilitated by the College’s First Peoples’ Centre and will do some volunteering with local non-profit organizations.

“These exchange programs are an integral component of Canadore’s international strategy,” said Richard Peters, Vice-President of Finance and Corporate Services. “Many of these students return for full-time study and have a positive effect on our community both economically and socially.”

Canadore College is a college of applied arts and technology located in North Bay, Ontario, Canada. It was founded in 1967 as a campus of Sudbury’s Cambrian College, and became an independent institution in 1972.

Canadore is the college of choice for students from across the province and around the world. Its programs focus on student success, program and service excellence, connection to community, sustainability and innovation. Canadore has over 60 full-time quality programs and outstanding faculty and student services. The college graduates approximately 1,000 students each year and has over 40,000 alumni.

Canadore has been a leader in aviation training for over 45 years. Our Aviation Campus is home to top of the line, industry-standard training tools and dedicated staff and faculty.

The skills and training Canadore students receive set them up for stellar careers in the aviation industry across Canada and around the world.