Justin Trudeau: Canada and Ukraine united in desire for a better future

Shares
On July 12, the Prime Minister of Canada Justin Trudeau concluded his first official visit to Ukraine, which focused on strengthening the already robust economic and people-to-people ties between Canada and Ukraine, according to the statement on the official site 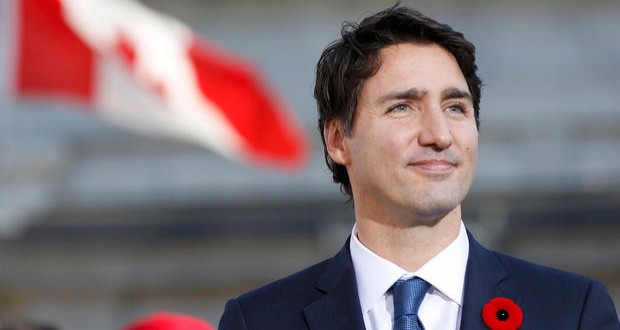 “Canada and Ukraine have a long history of friendship, common values, and shared ambitions for the future of our people,” said in the statement.

As the report marks, during his visit, the Prime Minister met with President Petro Poroshenko to reiterate Canada’s steadfast support for the people of Ukraine, its sovereignty and territorial integrity, and its reform efforts.

“While in Kyiv, International Trade Minister Chrystia Freeland signed the Canada-Ukraine Free Trade Agreement (CUFTA) along with her Ukrainian counterpart. This agreement represents a significant milestone in Canada’s relationship with Ukraine, and will generate commercial benefits for Canadians and Ukrainians alike,” the report said.

The Prime Minister also met with Prime Minister Volodymyr Groysman and Parliamentary Speaker Andriy Parubiy. During these meetings, he acknowledged progress made to date and encouraged Ukraine to accelerate its efforts to achieve long-term prosperity and stability.

The Prime Minister concluded his trip by visiting Canadian Armed Forces personnel serving as part of Operation UNIFIER at the International Peacekeeping and Security Centre in Yavoriv, where he witnessed Canada’s contribution to support Ukrainian forces through capacity building and military training activities.

“My first official visit to Ukraine has confirmed to me that Canada and Ukraine not only share deep historical ties, but that we are united in our desire for a better future. This free trade agreement, and indeed everything we have accomplished during this visit, will allow Canadians and Ukrainians to prosper together,” said the Prime Minister of Canada Justin Trudeau.