Shares
Home to several of Canada's highest ranking institutions Montréal has been dubbed Canada’s cultural capital, and one of the world's most livable cities. 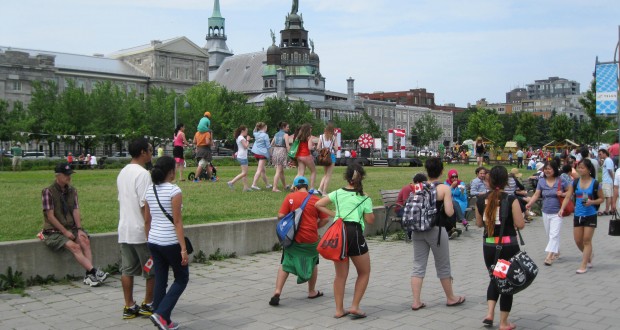 Montréal is the second largest city in Canada and home to several highest ranking institutions of the country, including McGill University (currently ranked 24th in the world and 1st in Canada), retains a strong position among the world’s best cities for students, according to the QS Best Student Cities 2016.

As a French-speaking city in a largely English-speaking nation that has experienced mass immigration from all over the world in the past decades, Montréal has a distinctly hybrid culture. The city boasts a world-renowned indie music scene and is the site of several major international festivals, including the Montréal International Jazz Festival and the world’s largest comedy festival, Just for Laughs.

With a relatively large and diverse student population, Montréal gets its strongest score in the “student mix” category of the Best Student Cities index. Its weakest point is affordability – but in fact it beats many of the other top 10 student cities on this indicator.

The university offers courses and programs leading to officially recognized higher education degrees such as undergraduate certificates/diplomas, bachelor degrees, master degrees, doctorate degrees in several areas of study. This 195 years old university has a selective admission policy based on entrance examinations and students’ past academic record and grades.

International students are welcome to apply for enrollment.

The university has Quebec’s largest sponsored research income and the third largest in Canada, allocating close to $524.1 million to research conducted in more than 150 research centers as of 2011. It is also part of the U15 universities (a group of Canada’s 15 research-intensive universities). More than 55,000 students are enrolled in undergraduate and graduate programs, making it the second-largest university in Canada in terms of student enrolment.

Concordia University is a public comprehensive university, founded in 1974 following the merger of Loyola College and Sir George Williams University.

As of the 2014-2015 academic year, there were 46,378 students enrolled at Concordia, making the university among the largest in Canada by enrolment. The university has two campuses, set approximately 7 kms (4 miles) apart: Sir George Williams Campus is the main campus in the downtown core of Montreal, in an area known as Quartier Concordia, and Loyola Campus in the residential district of Notre-Dame-de-Grâce.

With four faculties, a school of graduate studies and numerous colleges, centees and institutes, Concordia offers over 300 undergraduate and 100 graduate programs and courses.

It should be recalled that recently, scientists at University of Montreal and at the Montreal Neurological Institute at McGill University made a discovery that will help to find a cure for Parkinson’s Disease.