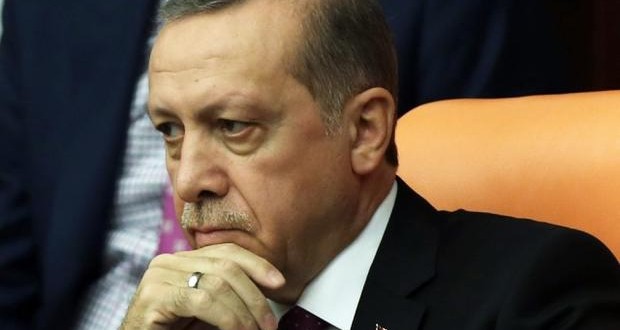 Turkey has escalated its purge of government officials in the aftermath of the failed coup, with about 35,000 public servants affected by the end of the day despite a government spokesman insisting that the crackdown was being carried out in accordance with the rule of law, the Guardian reports.

In the latest developments on Tuesday, the government fired more than 15,000 employees at the education ministry, sacked 257 officials at the prime minister’s office and 492 clerics at the directorate for religious affairs. Additionally, more than 1,500 university deans were asked to resign.

It followed the firing of nearly 8,800 policemen, and the arrests of 6,000 soldiers, 2,700 judges and prosecutors, dozens of governors, and more than 100 generals – or just under one-third of the general corps. Some 20 news websites critical of the government have also been blocked.

The Turkish government says it is carrying out a legitimate security operation to safeguard the country in the aftermath of a failed coup that came close to toppling the elected president, Recep Tayyip Erdoğan in the early hours of Saturday morning.

The government claims those arrested or fired had links to Fethullah Gülen, the US-based Islamic cleric whom Turkey accuses of orchestrating the coup, which left more than 300 dead at the weekend. On Tuesday it announced it had prepared a dossier to send to the US in expectation of Gülen’s extradition.

White House press secretary Josh Earnest said the documents would be reviewed to determine whether they met the requirements for a formal extradition request for Gülen, who lives in exile in Pennsylvania.

Barack Obama and Erdoğan discussed the cleric’s status during a telephone conversation on Tuesday, Earnest said, adding that the US president pledged to provide any assistance needed, but urged his counterpart to follow due process as his government pursues those responsible for the coup.

But the scale of the arrests and firings led to fears that Erdoğan is using the situation to settle scores with anyone perceived to pose any kind of threat to the government, whether or not they were involved in the coup.

Two of the world’s leading human rights organisations joined a chorus of international leaders in calling on Turkey to abide by the rule of law as it dealt with the coup’s perpetrators.

“The sheer number of arrests and suspensions since Friday is alarming and we are monitoring the situation very closely,” Amnesty International said in a statement.

“The coup attempt unleashed appalling violence and those responsible for unlawful killings and other human rights abuses must be brought to justice, but cracking down on dissent and threatening to bring back the death penalty are not justice.”

Human Rights Watch said: “While the government has the complete right to hold to account those involved in the coup, the speed and scale of the arrests, including of top judges, suggests a purge rather than a process based on any evidence. Turkey’s citizens who took to the streets to defend democracy deserve a response that upholds the rule of law and protects media freedom.”

In response, Erdoğan’s spokesman, Ibrahim Kalin, said all those arrested had been detained according to laws “enshrined in our constitution and our penal law. There’s nothing exceptional or surprising that several thousand people would be arrested.”

Expressing irritation at the many international calls for Turkey to respect the rule of law, Kalin added: “We are the ones who got on the streets and shed our blood for democracy and the rule of law.”