Shares
Portugal's former prime minister Antonio Guterres leads the race to become the next secretary general of the United Nations, according to the results of a UN security council secret ballot 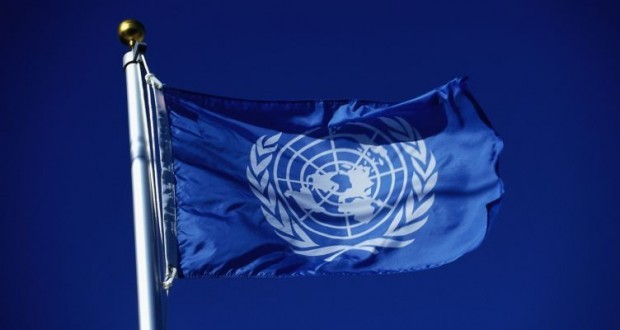 António Guterres, a former Portuguese prime minister who served as U.N. High Commissioner for Refugees for 10 years, has emerged as the front-runner in the campaign to succeed Ban Ki-moon as the UN’s ninth secretary-general. Ban Ki-moon steps down at the end of 2016 after two five-year terms, the Foreign Policy reports.

The straw poll gave a boost to the campaigns of sleeper candidates like Danilo Turk, a former Slovenian president and UN veteran, who finished closely behind Guterres, as well as Irina Bokova, a Bulgarian national and director-general of UNESCO Irina Bokova, who finished third. But it also dampened hopes among many delegates that a woman might lead the United Nations for the first time in its history. There was only one woman among the top five contenders.

After the polling was concluded, Portugal’s Foreign Minister Augusto Santo Silva welcomed the outcome, telling reporters it provides “clear incentive to Mr. Guterres’ candidature and confirms that he is particularly qualified for the position of Secretary General.”

Diplomats attributed Guterres’s strong showing to his extensive U.N. experience and an effective performance in a series of U.N. debates. A natural communicator with a deep grasp of U.N. affairs, Guterres has emerged as a clear favorite among the U.N.’s rank-and-file.

The secrecy surrounding the vote — the Security Council did not release the results of the straw poll — infuriated UN envoys who had been pressing for greater openness in the process of selecting the secretary-general. Following the vote, the Security Council president, Koro Bessho of Japan, informed the president of the UN General Assembly, Mogens Lykketoft, as well as the press, that the straw poll had been conducted. But he provided no information to either on the results.  Lykketoft — who hosted a series of unprecedented public meetings in the General Assembly with the candidates — sharply criticized the Security Council’s discretion.

“In my view, limiting the communication to the fact that the informal straw poll has taken place without any further detail adds little value and does not live up to the expectations of the membership and the new standard of openness and transparency,” he wrote.

Thursday’s vote was designed to narrow the slate of 12 candidates vying for the top UN job, and provide council members with some clarity on which aspirants stood a chance of securing sufficient support to continue. Guterres came out on top with 12 delegates encouraging him to pursue the top job, three expressing no opinion, and none discouraging him to go for it. Turk was close behind with 11 votes of encouragement. But two delegations discouraged him and two expressed no opinion. If any of those “discourage” votes were cast by permanent members that could spell danger for his campaign.

Bokova, who was seen as flagging in the race, recovered ground by securing nine votes in favor, continuing her bid. But she received four votes of discouragement, raising the risk that she may be opposed by a permanent member of the council. Vuk Jeremic, a former Serbian foreign minister, and Serjm Kerim, a former UN General Assembly President, also performed better than expected, each gaining nine votes in favor of their candidacies. But they each received five votes of discouragement.

The initial sounding by the Security Council proved particularly discouraging to two of the UN’s best-known candidates, Helen Clark, who currently serves as the executive director of the UN Development Program, and Susana Malcorra, who served for nearly a decade as a top UN official, including more than four years as Ban’s chief of staff.

But Malcorra took to Twitter late Thursday vowing to pursue her bid for the top UN job, thanking council members that supported her candidacy. “This support has made me even more committed to continue working with my team and with all states members in pursuit of this candidacy,” she Tweeted. Clark also pledged to press ahead, writing on Twitter that she was “thankful for the support shown in first straw poll of NextSG candidates. Look forward to continuing #Helen4SG conversations.”