Shares
A German-Iranian teenager who shot dead nine people in Munich was a deranged lone gunman obsessed with mass killings who drew no inspiration from Islamist militancy, police said on Saturday. 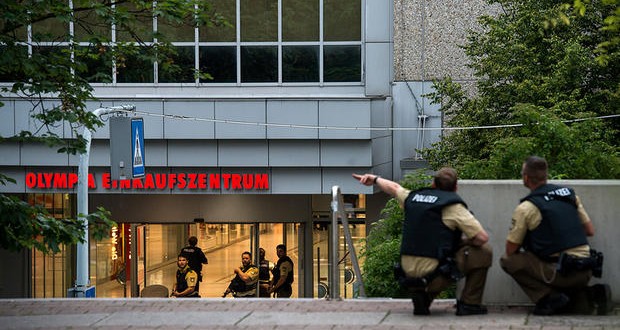 The 18-year-old, born and raised locally, opened fire near a busy shopping mall on Friday evening, triggering a lockdown in the Bavarian state capital, Reuters repors.

Seven of his victims were themselves teenagers, who police said he may have lured to their deaths via a hacked Facebook account on what was the fifth anniversary of twin attacks by Norwegian mass murderer Anders Breivik that killed 77 people.

The Munich shooting, in which a further 27 people were wounded, some seriously, was the third act of violence against civilians in Western Europe – and the second in southern Germany – in eight days.

Bavarian state crime office president Robert Heimberger said the gunman, who German media named as Ali David Sonboly, was carrying more than 300 bullets in his backpack and pistol when he shot himself.

Following a police search of the attacker’s room, where a book on teenage shooting sprees was discovered, Munich police chief Hubertus Andrae all but ruled out an Islamist militant link to the attack.

“Based on the searches, there are no indications whatsoever that there is a connection to Islamic State” or to the issue of refugees, he told a news conference.

“Documents on shooting sprees were found, so the perpetrator obviously researched this subject intensively.”

The gunman was born and brought up in the Munich area and had spent time in psychiatric care, and there was no evidence to suggest he had had an accomplice, Andrae said.