Syrian blows himself up outside German music festival, 12 wounded

Shares
A 27-year-old Syrian man denied asylum in Germany a year ago blew himself up on Sunday outside a crowded music festival, injuring 12 people in the country's fourth violent attack on members of the public in less than a week. 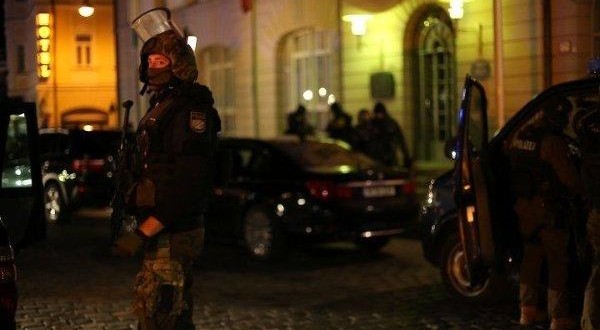 A spokeswoman for the Bavarian state police force said on Monday it was unclear whether the man was an Islamist militant, and that investigations were continuing, Reuters reports.

The incident, on top of three other attacks since July 18 that left 10 people dead and 34 injured, will fuel growing public unease about Chancellor Angela Merkel’s open-door refugee policy. More than a million migrants have entered Germany over the past year, many fleeing war in Afghanistan, Syria and Iraq.

Police said three of the 12 wounded were in a serious condition after the attack in Ansbach, a town of 40,000 people southwest of Nuremberg that has a U.S. Army base.

The dead man had been in treatment after twice before trying to kill himself, though Sunday evening’s explosion was more than just “a pure suicide attempt”, Herrmann told Reuters. An Islamist link could not be ruled out, he told reporters earlier.

Herrmann said the Syrian asylum seeker arrived in Germany two years ago and had been in trouble with local police repeatedly for drug-taking and other offenses.

He said investigators had yet to determine the motive of the attacks. “Because the rucksack and this bomb were packed with so many metal parts that could have killed and injured many more people, it cannot simply be considered a pure suicide attempt.”

It was the second violent incident in Germany on Sunday and the fourth in the past week, including the killing of nine people by a deranged 18-year-old Iranian-German gunman in the Bavarian capital Munich on Friday.

Herrmann said the man, whose identity has not yet been released, had been living in Ansbach for a year. Although his application for asylum had been denied, he was not in danger of being deported immediately given the civil war in Syria.

One U.S. intelligence official, speaking on condition of anonymity, said investigators would focus on what the bomber was doing before he left Syria and why he was denied asylum.

U.S. security sources said the bombing did not appear to be a well-planned operation and could well turn out to be the act of another mentally unstable individual.