Shares
Japan’s Emperor Akihito, 82, in a rare video address to the public on Monday, said he worried that age may make it difficult for him to fully carry out his duties, remarks seen as suggesting the elderly monarch wants to abdicate. 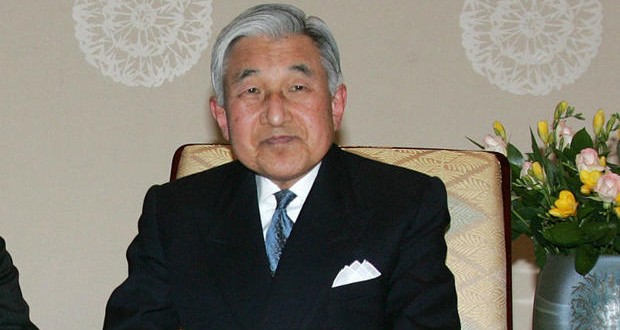 In nationally televised remarks, Akihito also said there were limits to reducing the emperor’s duties as the “symbol of the state”, the status accorded him under Japan’s post-war constitution, Japan Today reports.

Public broadcaster NHK reported last month that Akihito, who has had heart surgery and been treated for prostate cancer, wanted to step down in a few years – a move that would be unprecedented in modern Japan.

The emperor is defined in the constitution as a symbol of the state and the unity of the people, and has no political power.

Akihito stopped short of saying outright that he wanted to abdicate, which could be interpreted as interfering in politics.

“When I consider that my physical fitness is gradually declining, I am worried that it may become difficult for me to carry out my duties as the symbol of the state with my whole being, as I have done until now,” he said.

Akihito is said to feel strongly that an emperor’s full performance of his duties is integral to his constitutional role, experts say.

Opinion polls show the vast majority of ordinary Japanese sympathise with the emperor’s desire to retire, but such a step would need changes to the law.

Akihito has recently been cutting back on official duties, with his heir, 56-year-old Crown Prince Naruhito, taking his place.

There were limits to how far that could go, he said on Monday. He also seemed to cast doubt on whether it was appropriate to use a current system that would allow Naruhito to take over as regent if his father were incapacitated.

Prime Minister Shinzo Abe told reporters that, in view of the emperor’s age and the burden of his official duties, it was necessary to consider what steps could be taken.

It was the second time Akihito had addressed the public in a video message, the first after a massive earthquake, deadly tsunami and nuclear crisis hit northeast Japan in March 2011.