Give us EU visa freedom in October or abandon migrant deal, Turkey says

Shares
Turkey could walk away from its promise to stem the flow of illegal migrants to Europe if the European Union fails to grant Turks visa-free travel to the bloc in October, Foreign Minister Mevlut Cavusoglu told a German newspaper. 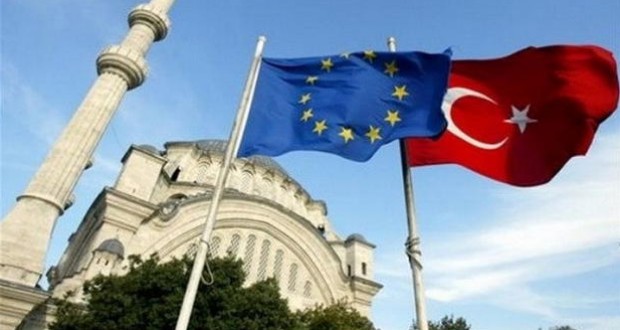 His comments in Bild’s Monday edition coincide with rising tensions between Ankara and the West that have been exacerbated by the failed coup attempt in Turkey on July 15, Reuters reports.

Turkey is incensed by what it sees as an insensitive response from Western allies to the failed putsch, in which 240 people were killed.

Long wary of Turkey’s ambitions to join the EU, Europe has been alarmed by the crackdown since the coup, fearing President Tayyip Erdogan is using purges to quash dissent. The unease has relations between Turkey and Austria and Sweden. Ankara has summoned diplomats from both countries to protest what it says are false reports about changes to its child abuse laws.

Asked whether hundreds of thousands of refugees in Turkey would head to Europe if the EU did not grant Turks visa freedom from October, Cavusoglu told Bild: “I don’t want to talk about the worst case scenario – talks with the EU are continuing but it’s clear that we either apply all treaties at the same time or we put them all aside.”

Visa-free access to the EU – the main reward for Ankara’s collaboration in choking off an influx of migrants into Europe – has been subject to delays due to a dispute over Turkish anti-terrorism legislation, as well as the post-coup crackdown.

Brussels wants Turkey to soften the anti-terrorism law.Ankara says it cannot do so, given multiple security threats which include Islamic State militants in neighboring Syria and Kurdish militants in Turkey’s mainly Kurdish southeast.

European Commissioner Guenther Oettinger has said he does not see the EU granting Turks visa-free travel this year due to Ankara’s crackdown, which has included the round-up of more than 35,000 over alleged involvement in the coup.

Cavusoglu said the migration deal with the EU stipulated that all Turks would get visa freedom in October, adding: “It can’t be that we implement everything that is good for the EU but that Turkey gets nothing in return.”

A spokesman for the European Commission declined to comment on the interview directly but said the EU continued to work together with Turkey in all areas of cooperation.