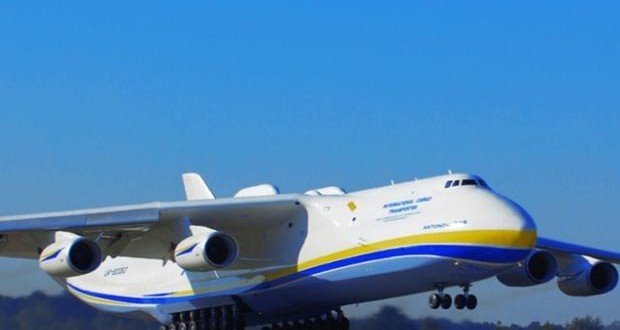 “The An-225 cooperation agreement between Antonov State Company and Aerospace Industry Corporation of China (AICC) is sort of a roadmap acknowledging mutual interest in collaboration fostering the An-225 program,” the company said, Interfax-Ukraine reports.

A number of foreign media outlets said that the Ukrainian company had allegedly reassigned An-225 intellectual property rights to China.

“A contract on joint mass production of the modernized plane in China under an Antonov license will be prepared in the future; that project will involve not only Antonov State Company but also other enterprises of the Ukrainian aircraft industry,” it said.

“The rights of the An-225 ‘Mriya’ certificate holder, including An-225 intellectual property rights, will not be reassigned by Antonov State Company to the Chinese side,” the report said.

“A combination of high intellectual potential and unique aircraft design experience of Antonov State Company and the broad capacities of China’s industry will put these agreements into life. In addition to funding, Ukraine will be guaranteed international cooperation and work in conjunction with global industrial majors who may join this project,” the company said.

Antonov State Company is a leading Ukrainian aircraft designer and manufacturer and an acclaimed world leader in the area of various types of transport aircraft. The company cooperates with 76 countries. It was included in Ukroboronprom State Concern in April 2015 on the government’s orders.

Antonov and AICC signed the An-225 cooperation agreement in Beijing on August 30 to finalize the construction of a second ‘Mriya’ plane in Kyiv for the Chinese customer and to start joint licensed production of the heavy-lift jet in China.

A number of foreign media outlets said that the agreement allegedly stipulated free reassignment of An-225 ‘Mriya’ property rights, including documentation and specifications, to China.