Shares
A SOS signal was received at 11:25 p.m. on Sunday night from the Mehmet Unlu vessel, where people were screaming and calling out for help, Andriy Stavnitser, the chief of TIS terminal group, a chain of port terminals operating at Yuzhny port (30 km from Odesa), wrote on his Facebook page. 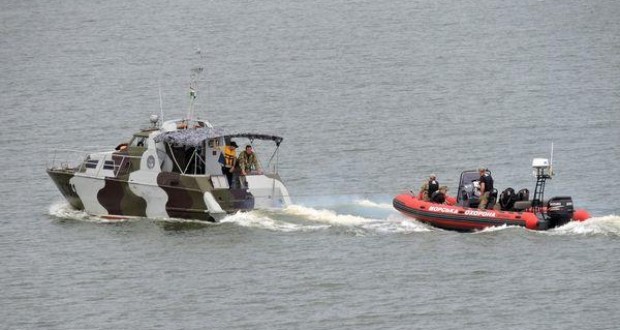 “Apparently, there was a revolt and a knife fight happening. Part of the crew (mainly the Turks) cut off the power onboard the vessel and barricaded themselves inside. The vessel was adrift around the entrance to Yuzhny seaport. The dispatchers at the port called for the Champion tugboat, which came to rescue and towed the vessel away from the rocks. Eyewitnesses say that the vessel was around the entrance to the port at the time. The tugboat’s crew said the entire cabin was covered in blood. The captain lost a lot of blood but is alive,” Stavnitser said, according to Interfax-Ukraine.

He went on to highlight that the Alfa special forces unit, a Ukrainian security force, is operating at the scene, alongside some border guards.

“The situation has been taken under control. The information is preliminary,” he added.

According to information from open sources, the Mehmet Unlu cargo vessel was built in 2000 and flies the flag of Turkey. The boat’s length is 108 meters and its breadth is 17 meters.