Shares
Four days after North Korea's fifth and possibly most powerful nuclear weapons test, the US Air Force responded with a show of force on Tuesday, flying two powerful, battle-tested B-1 bombers over South Korea. 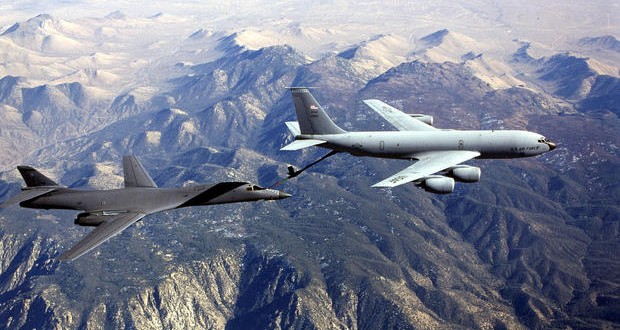 North Korea claimed Friday’s test showed it had a nuclear warhead that could be mounted on ballistic missiles, a possibility that increases fears for US allies in the region and also poses a threat to US bases in South Korea, Japan and Guam, CNN reports.

“North Korea’s nuclear test is a dangerous escalation and poses an unacceptable threat,” Gen. Vincent K. Brooks, U.S. Forces Korea commander, said in a statement Tuesday. “The United States has an unshakable commitment to defend allies in the region and will take necessary steps to do so, including operations like this one today.”

The B-1s were joined by US F-16 and South Korean F-15 fighters in the low-level flyover of Osan Air Base, 40 miles (64 kilometers) south of the South Korean capital of Seoul.

“Today’s demonstration provides just one example of the full range of military capabilities in the deep resources of this strong alliance to provide and strengthen extended deterrence,” Brooks said.

On the diplomatic front, the US special envoy on North Korea, Sung Kim, said Tuesday that the US and South Korea will be considering “additional unilateral measures” in response to Pyongyang’s latest nuclear test. Kim also said Japan may be included in additional initiatives.

The B-1s that flew over South Korea Tuesday were moved to the Andersen Air Force base in Guam in August as part of what the U.S. Pacific Command calls it Continuous Bomber Presence.

It is the first time the B-1s, which have the largest payload of any US bomber, have been part of the Pacific bomber force in a decade.