Shares
Ukraine's Paralympics team finished competition in the Paralympics Games in Rio de Janeiro winning 117 medals, of which 41 were gold medals, 37 silver and 39 bronze. The tally was 33 medals more than during the previous games held in London. 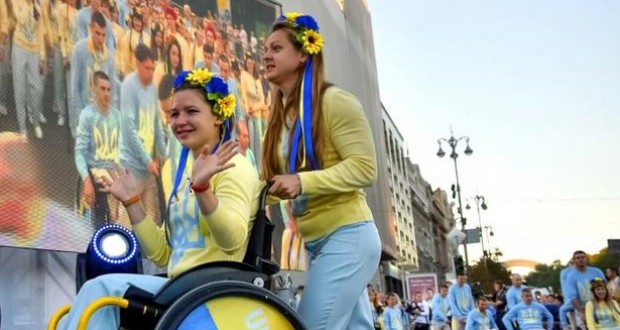 The sensation performance by Ukraine’s 2016 team yielded 9 more gold medals than during the Paralympic Games in London, the press service of the National Paralympics Committee said, according to Interfax-Ukraine.

On the last day of competition Ukrainian sportswomen won two medals in track and field – a bronze medal by Leila Adzhametova in the 100 m sprint and a silver medal by Oksana Boturchuk, and 11 medals in swimming – three gold, four bronze and four silver medals.

On Sunday during the Paralympics the marathon race was held, wheelchair rugby and volleyball. The events were followed by the official closing ceremony of the games.

Ukrainian President Petro Poroshenko congratulated and thanked members of the Ukrainian Paralympics team for their achievements during the games.

“Bravo to our paralympic athletes in Rio! Thank you for the spectacular results, your uplifting spirit and fantastic performances, which you gave us each day,” the president wrote on his Facebook page on Sunday.