Shares
A trio of European scientists has won the 2016 Nobel Prize for Chemistry for developing molecular machines that could one day be injected to fight cancer or used to make new types of materials and energy storage devices. 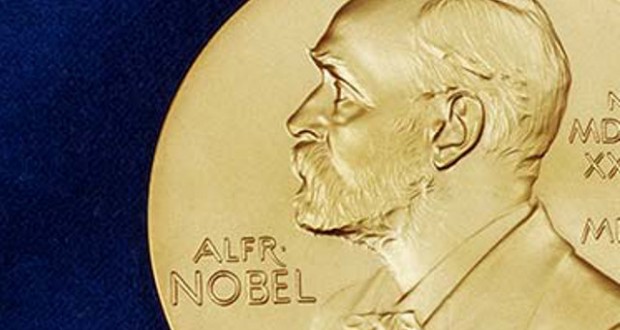 Such molecular machines can be developed in smart medicines that seek out disease or damage and deliver drugs to fight or fix it, and in smart materials that can adapt in response to external triggers such as changes in light or temperature.

“There are endless opportunities,” Feringa, a professor of organic chemistry at the University of Groningen in the Netherlands, told reporters when asked to predict what his work could eventually be used for.

“Think of a tiny micro-robot that a doctor in the future will inject into your blood and that goes to search for a cancer cell or goes to deliver a drug, for instance.”

Goran Hansson, a member of the Royal Swedish Academy of Sciences which conferred the award, said this year’s recognition was “all about the world’s tiniest machines”.

“The sky’s the limit,” he said when asked where the discovery could lead.

The Nobel committee’s statement said the science of molecular machinery was now “at the same stage as the electric motor was in the 1830s” – when scientists displayed various spinning cranks and wheels, unaware that they would lead to electric trains, washing machines, fans and food processors.

“We can still only guess at the thrilling developments ahead of us,” it said. “However, we do have a definite answer to (the) initial question – how small can you make machinery?: At least 1,000 times thinner than a strand of hair.”

Sauvage is professor emeritus at the University of Strasbourg and director of research emeritus at France’s National Center for Scientific Research.

Stoddart, born in Edinburgh and now professor of chemistry at Northwestern University in the United States, said the prize was “quite unexpected”.

“When it happens, it takes your breath away,” he said in a phone interview as he watched the ceremony live from his home outside Chicago.

Chemistry is the third of this year’s Nobels. Japan’s Yoshinori Ohsumi won the medicine award on Monday, while three British-born scientists, including two Scots, took the physics prize on Tuesday.

The prizes are named after dynamite inventor Alfred Nobel and have been awarded since 1901 for achievements in science, literature and peace, in accordance with his will.