Shares
US singer Bob Dylan has been awarded the 2016 Nobel Prize for Literature, becoming the first songwriter to win the prestigious award. 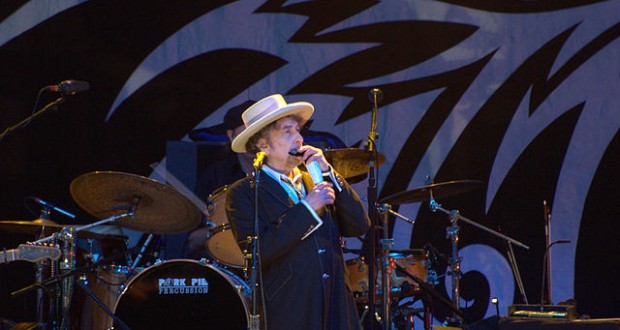 The balladeer, artist and actor is the first American to win since novelist Toni Morrison in 1993.

His songs include Blowin’ in the Wind and The Times They are A-Changin’.

Sara Danius, permanent secretary of the Swedish Academy, said Dylan had been chosen because he was “a great poet in the English speaking tradition”.

“For 54 years now he’s been at it reinventing himself, constantly creating a new identity,” she told reporters in Stockholm.

The singer is due to perform later at the Cosmopolitan hotel in Las Vegas.

Dylan – who took his stage name from the poet Dylan Thomas – had long been tipped as a potential prize recipient.

Few experts, though, expected the academy to extend the award to a genre such as folk rock music.

Former Poet Laureate Sir Andrew Motion is among those to have previously praised Dylan’s lyrics, saying his songs “work as poems”.

“They have often extremely skilful rhyming aspects to them,” he told the BBC. “They’re often the best words in the best order.”