Shares
In order to streamline the operation of the Prosecutor General's Office of Ukraine, a new directorate has been created based on the PGO's Special Investigations Department – the Organized Crime Office, the PGO's press service reported. 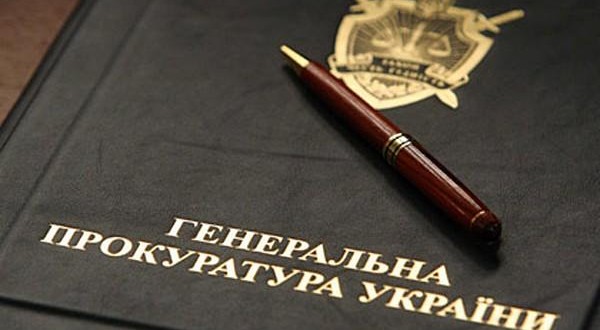 “In order to speed up and complete the pre-trial investigation and send to court ‘the big criminal case’ against [ex-president of Ukraine Viktor] Yanukovych and his entourage, the Organized Crime Office has been created [within the PGO]. The organization will be made up of 63 employees,” the press service of the Prosecutor General’s Office of Ukraine said in a statement released on Monday, according to Interfax-Ukraine.

The PGO said that ‘the big case’ against Yanukovych consists of many items in particular – the usurpation of power, ruining the economy, weakening the country’s defense and information security, seizure of state property – the Mezhyhirya residence, and the like.

Meanwhile, the Special Investigations Department after the reorganization will have 56 employees and will continue to be headed by Serhiy Horbatiuk.

“This department will be in charge of investigating and transferring to court the cases related to Maidan,” the PGO’s press service explained.

The newly created office will be an independent structural subdivision of the PGO. It is still undecided to which department the Office will be accountable, most probably directly to the Prosecutor General’s Office of Ukraine.

At the same time, the PGO’s Special Investigations Department will still be probing those cases against Yanukovych which deal with the organization of mass killings on Kyiv’s Independence Square in February 2014.