Shares
Sharbat Bibi, the Afghan girl with green eyes, which 18 years old became world famous through a picture, has been arrested in Pakistan. 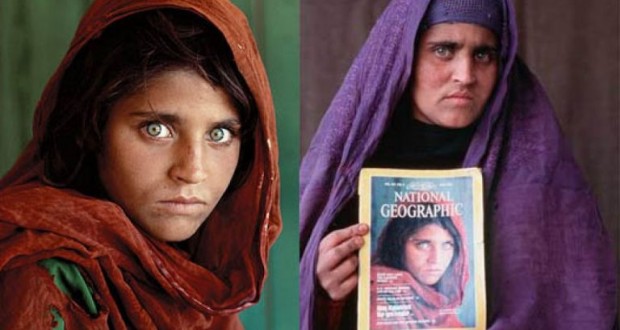 She appears to have falsified her identity. According to Pakistani law Bibi can get 7 years in prison and deportation to Afghanistan.

Mona Lisa of the war in Afghanistan

The American Steve McCurry photographed Sharbat Bibi when she was twelve years’. The Photographer found ‘Mona Lisa of the war’ in Afghanistan in 1984 in a refugee camp near Peshawar in northern Pakistan. A year later girl’s photo graced the cover of National Geographic and it was an iconic as a symbol of the suffering of the Afghan people after the invasion of the Soviet Red Army.

A documentary had also been made on her life and she was called the “Mona Lisa of Afghan war.”

Millions of Afghans fled at that time out of the country, including to Pakistan. There are 2.5 million Afghans still living now in Pakistan. According to the UN increasingly, they are harassed by the Pakistani government, and persecuted by the security forces.