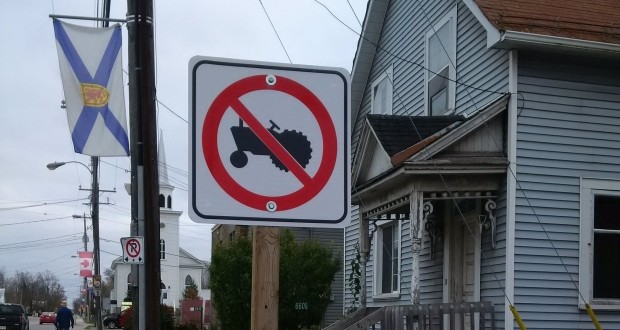 On Monday, a local farmer of North Gower in Ottawa neighborhood noticed the signs placed along the road and contacted the local municipal council, Joinfo.com reports with reference to CBC.

Councillor Scott Moffatt discovered that actually the signs were meant for trucks that were not allowed to drive through the neighborhood for ten days due to a culvert renewal project.

However, the municipality had ordered the wrong signs by entering the wrong code on the order form.

“It is a four-digit code. Two letters and two numbers. Apparently, there are places in the province where “no tractors” signs are needed, such as on highways,” said Moffatt.

The plates have been removed, but the council does still not understand why the wrong plates were hanged.

“I guess the thing that puzzles me is why wouldn’t someone have said, ‘There is no way the city really wants us to put up no tractor signs?”