Shares
A very rare frog species discovered in swampland near Newcastle in Australian. The frog not bigger than a human fingertip deters predators with its bright orange groin 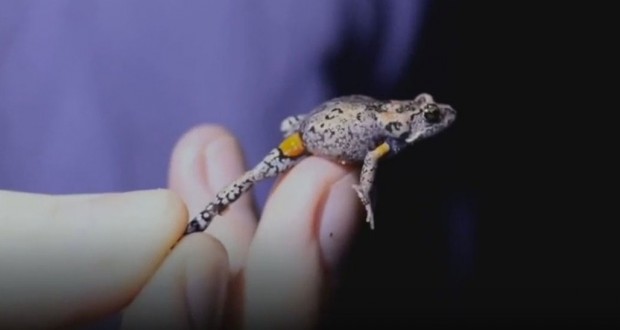 Dr. Simon Clulow, a researcher from the University of Newcastle, discovered the new species a few years ago just by accident by chance on the new species, Joinfo.com reports.

“I was just working in the field when I heard the sound of the frog,” Clulow says. The discovery has just been published in the scientific journal Zootaxa.

The amphibian was immediately recognized as a new species for its unique marble underbelly and the bright orange groin, which it uses to scare predators away.

The frog has been named Mahony’s Toadlet after the well-known frog expert, Professor Michael Mahony. According to Clulow, the species has not been discovered for so long because of its great camouflage skills.