Shares
Australian police found a baby koala in a bag of a 50-year-old woman after her arrest in Brisbane, Queensland. The animal was named Alfred and transferred to a shelter. 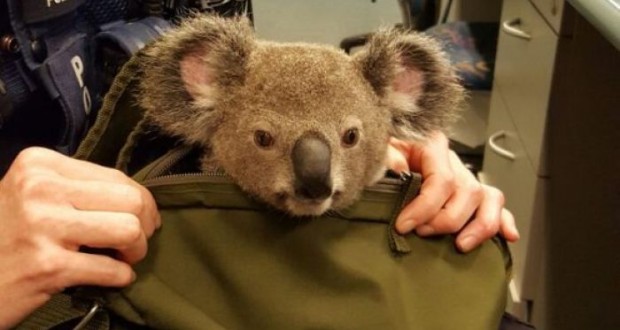 Queensland. The animal was named Alfred and transferred to a shelter.

The Australian was arrested and taken to the custody. When she was asked if she has anything to declare, the woman handed a canvas bag, Joinfo.com reports with reference to the Australian media.

When the police unzipped the bag, a half years old baby koala popped up. The woman claimed to have found the orphan on the road in the Brisbane suburbs. The Royal Society for the Prevention of Cruelty to Animals (RSPCA) has taken the koala into its care.  A spokesman for the organization said the animal is believed to be about 6 months old and was named Alfred. The koala was in good health, just a little dehydrated.