Shares
Pakistani authorities deported Sharbat Gula, the famous ‘green-eyed girl,’ after she was detained for illegal staying in the country 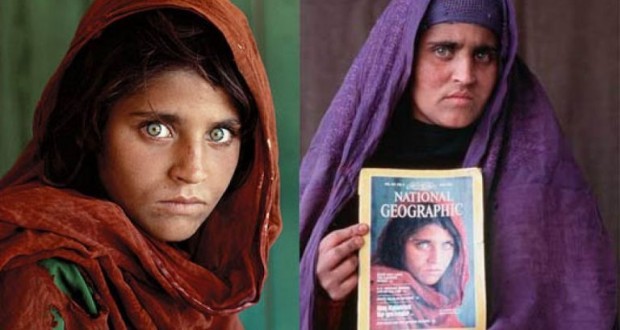 Afghanistan president, Ashraf Ghani, has welcomed her after Pakistani officials transported Sharbat Gula from a Peshawar hospital and handed her over to Afghan authorities at the state border, Joinfo.com reports.

During a welcome ceremony in the palace in Kabul, Ghani promised to provide Gula with an apartment in her homeland.

The American photographer Steve McCurry made a portrait of Sharbat in 1984 in a refugee camp near Peshawar in northern Pakistan, when she was twelve years old. That picture on the National Geographic magazine cover became iconic and a symbol of the suffering of the Afghan people after the invasion of the Soviet Red Army.