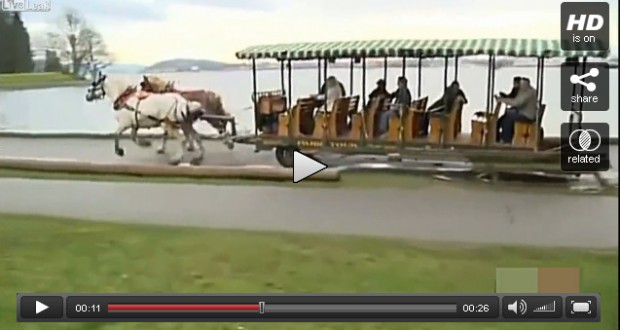 There was a chaotic scene in Stanley Park just before noon today when a group of protesters appeared to accidentally spook a team of horses pulling a carriage full of tourists. The protesters were in the park ahead of an appearance by Prime Minister Justin Trudeau to announce an ocean protection plan, Joinfo.com reports with reference to CBC.

Witnesses said protesters were close to the carriage when someone sounded a horn, spooking the two large horses.

The animals jumped the curb, pulling the carriage into a park bench.

The driver of the carriage was knocked off and many of the passengers jumped off as the horses pulled it along the narrow bike path next to the ocean.