Shares
14-year-old girl who died of cancer has been cryogenically frozen in the hope that she can be “woken up” and cured in the future after winning a landmark court case in her final days. 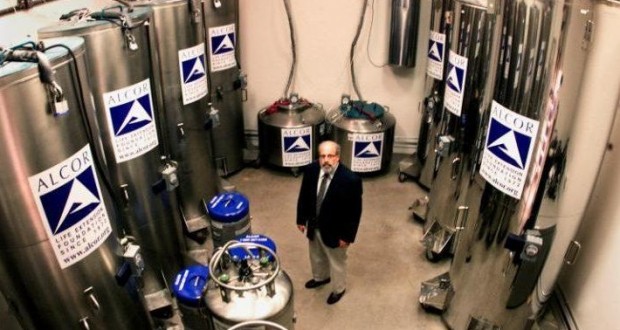 The girl’s divorced parents had disagreed over whether her wish to be frozen should be followed, so the girl, who cannot be named for legal reasons, asked a High Court judge to intervene, according to The Telegraph.

In a heartbreaking letter to the court, she said: “I don’t want to die but I know I am going to…I want to live longer…I want to have this chance.”

The girl, known as JS, asked Mr Justice Peter Jackson to rule that her mother, who supported her desire to be cryogenically preserved, should be the only person allowed to make decisions about the disposal of her body.

Shortly before her death in a London hospital on October 17, in what is believed to be a unique case, the judge granted JS her wish. Her body was frozen and taken to a storage facility in the US. She is one of only 10 Britons to have been frozen, and the only British child.

The case can only now be reported because Mr Justice Jackson ruled that nothing could be published until one month after JS’s death. He also ruled that her parents’ names and other specific details should remain secret.

JS, who lived with her mother in London, was diagnosed with a rare form of cancer last year and by August this year she had been told her illness was terminal and active treatment came to an end.

She began researching cryonic preservation online – a controversial and costly process that involves the freezing of a dead body in the hope that resuscitation and a cure may one day be possible – and decided she wanted to be frozen after her death.

Because she was too young to make a legally recognised will, she had to have the permission of both of her parents to sign up for the process.

When she contacted her father, whom she has not seen since 2008 and who himself has cancer, he said he was opposed to the idea, so JS began legal proceedings through a solicitor to ensure her wishes were followed.

She was too ill to attend court, but wrote: “I think being cryo-preserved gives me a chance to be cured and woken up, even in hundreds of years’ time. I don’t want to be buried underground.

“I want to live and live longer and I think that in the future they might find a cure for my cancer and wake me up.”

On October 6, the judge ordered that JS’s mother should have the sole right to decide what happened to her daughter’s body, while stressing that he was not making any ruling about the proposed cryonic preservation.

He also granted an injunction preventing the father from attempting to make any arrangements for the disposal of his daughter’s body. He said he had been convinced JS was a “bright, intelligent young person” with the capacity to bring the application.

JS’s parents could not afford to pay for the cryonic process, which costs from £37,000, but her maternal grandparents raised the money needed for her body to be frozen and taken to a storage facility in America – one of only two countries, along with Russia, that has facilities for storing frozen bodies.