Shares
An earthquake with a preliminary magnitude of 7.3 hit Japan on Tuesday, the Japan Meteorological Agency said, issuing tsunami warning for much of the country’s northern Pacific coast. 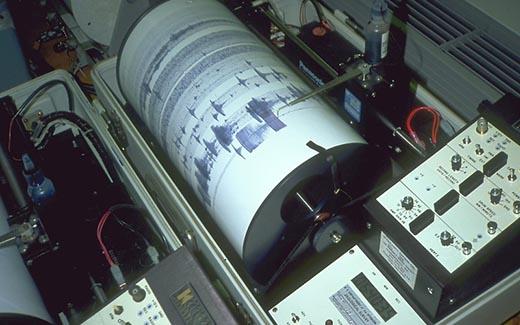 The epicenter of the earthquake, which was felt in Tokyo, was off the coast of Fukushima Prefecture at a depth of about 10 kilometers at 5:59 a.m. local time. There were no immediate information of damage or injury, Japan Today reported.

Television footage showed ships moving out to sea from Fukushima harbours, as the meteorological agency warned of a tsunami of 3 meters for Fukushima, where TEPCO’s Daiichi nuclear plant was devastated in a March 2011 quake and tsunami.

Redditor “Emmastoneftw” published a video of the quake on YouTube (below) and said: “This is what I woke up to.”

The U.S. Geological Survey initially put Tuesday’s quake at a magnitude of 7.3 but downgraded it to 6.9.

The March 11, 2011, quake was magnitude 9, the strongest quake in Japan on record. The massive tsunami it triggered caused world’s worst nuclear crisis since Chernobyl a quarter of a century earlier.

All nuclear plants on the coast threatened by the tsunami are shutdown in the wake of the Fukushima disaster. Only two reactors are operating in Japan, both in the southwest of the country. Even when in shutdown nuclear plants need cooling systems operating to keep spent fuel cool.