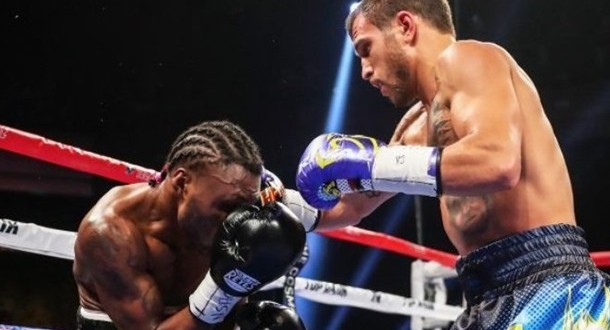 Vasyl Lomachenko said he is now aiming for boxing’s No 1 pound for pound spot after his domination of Nicholas Walters on Saturday night, while his promoter Bob Arum said we had watched “a modern master”, “a magician” at work, The Telegraph reports.

Lomachenko was certainly that, outworking, outthinking and outclassing the WBO junior lightweight world challenger before the Jamaican was stopped after seven rounds on the decision of referee Tony Weeks.

“I gave one round to Walters, but that was even generous,” Lomachenko said ringside to reporters afterwards: “After the fifth round I really enjoyed that. He said he was a warrior he would do this and that in the buildup but what did he really do? He’s a good fighter, really strong, but he stood there and made it easy for me.”

“My goal is to be the No 1 pound for pound fighter in the world. I had my plan I knew it would take about four rounds and then I went to work on him. In the end he just quit.”

Promoter Arum, overseeing his 2000th event after 50 years in boxing, added: “We watched a modern master, a magician in action tonight. It surprised me he quit but Walters was going to get knocked out. Lomachenko had worked the kid out and was going to stop him in the next round.”

Arum will now look at other fights for 2017.

“The Manny Pacquiao fight is a possibility in 2017, but so is the rematch with Orlando Salido (to whom Lomachenko lost in his second pro fight for the world featherweight crown).”