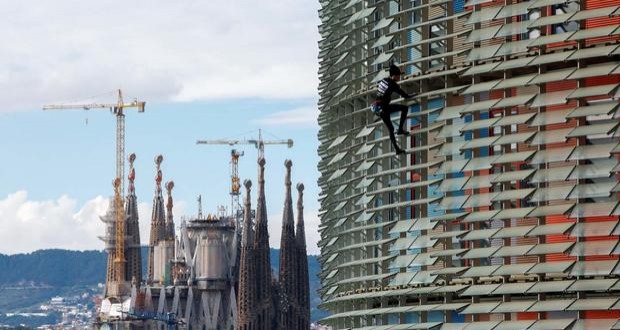 French ‘Spiderman’ Alain Robert, 54, has climbed one of Barcelona’s tallest buildings without climbing ropes or protection. Spectators and police saw the 54-year-old climber climbed the Torre Agbar. He had climbed up and down the 144-meter building in a little over an hour, Joinfo.com reports.

Robert has already climbed more than 100 buildings around the world, including the Golden Gate Bridge in San Francisco, Dubai’s Burj Khalifa complex and the Eiffel Tower in Paris.