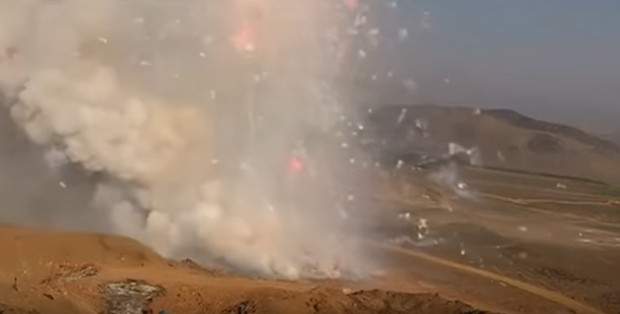 It was undoubtedly a real spectacle to attend: the Peruvian government detonated as much as 21 tons of illegal fireworks in the Andes, near the Peruvian capital Lima, Joinfo.com reports.

Peru has a particularly strict legislation when it comes to fireworks. Fifteen years ago, about 280 people were killed in a fireworks warehouse as a seller lit some fireworks for a demonstration.

As we reported earlier, 300 drones took to the sky above the Disney World in Orlando to perform a spectacular holiday show.