Shares
In Japan, a theme park had to close its ice rink after intense criticism. 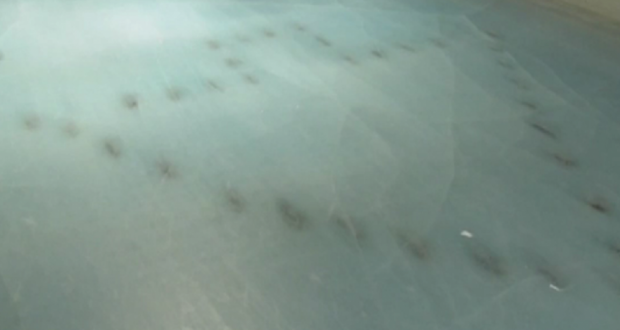 Fish was used as decoration, for forming arrows and words like “Hello” in the ice of the rink. Although the spokesman of the park emphasizes that the fish were dead before freezing, the park faced much of criticism because of “a lack of respect for life” and “a lack of moral sense.”

The idea of the project was to attract skaters to the park to watch thousands of frozen fish like they were swimming under your feet. But the management had to close the rink because too many people find it cruel to keep animals for fun under the ice as decoration.

In total, the park had purchased some 5,000 dead fish, including mackerel and sprats. They had ordered them at a local market and then frozen into the ice. Some fishes were with open mouths in order to provide for some additional animation, according to the administration.

The park got under fire last week after a report on a local TV station. Many people posted complaints on park’s Facebook page calling on the management to close the attraction immediately.

It worked, because ‘Space World’ announced on Sunday it would close the rink.

“We want to apologize to people who felt uncomfortable about the Ice Aquarium”, the park said in a press release. “Therefore we have decided to close it today.” However, they go pretty far in the other direction now, for a spokesman says that they planned to hold a memorial ceremony next year.

A lot of people thought the fish were frozen when they were alive, but this is denied by the spokesman. He stressed that the fish were dead before freezing. “We had to explain better.”

According to CNN, the park management is planning to melt the ice to remove the fish, hold an “appropriate religious service” and then reuse them as fertilizer.