French President Hollande will not seek re-election in 2017

Shares
French President François Hollande said on Thursday he would not seek re-election next year, bowing to historically low approval ratings after a troubled term in power. 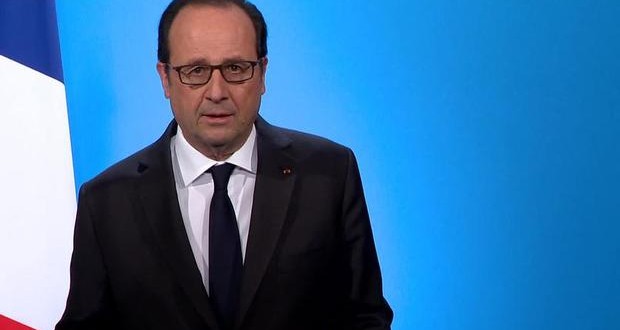 The withdrawal means the 62-year-old Socialist leader is the first president of France’s fifth republic, founded in 1958, to step aside after only one term, France24 reports.

“I have decided that I will not be a candidate,” a stony-faced Hollande said in a solemn televised statement from the Élysée Palace in Paris during which he defended his record.

He conceded that he was unable to unite his deeply divided Socialist Party behind his candidacy ahead of the presidential election in April and May next year.

“In the months to come, my only duty will be to continue to lead my country,” he said.

Hollande’s approval ratings have hit rock bottom after a term in office marked by U-turns on major policies, terror attacks, high unemployment and embarrassing revelations about his private life.

He is the most unpopular president in French polling history, a fact he tacitly acknowledged in his speech on Thursday.

A new poll on Wednesday predicted he would win just seven percent of votes in the first round of next year’s election in April.

But with the full range of candidates still unknown and the role of independents such as 38-year-old former economy minister Emmanuel Macron difficult to predict, analysts urge caution about the forecasts.