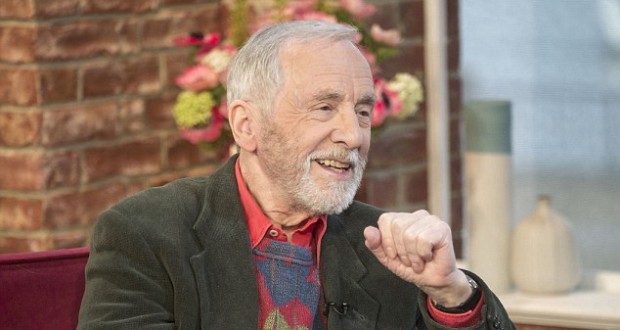 Sachs, who played a waiter from Barcelona on the series co-created by Monty Python star John Cleese, died on Nov. 23, his wife Melody told the Daily Mail, Reuters reports.

Sachs, who was diagnosed with dementia four years ago, was buried in North London on Thursday.

Cleese, 77, tweeted that he was very sad to learn of the death and called Sachs “a very sweet, gentle, and kind man and a truly great farceur”.

Sachs’ performance on Fawlty Towers was one of the most widely imitated comedy characters from that era, the BBC said.

“The waiter…often said little more than the word ‘Que?’ to generate laughs, but arguably his most famous line was ‘I know nothing’,” it said.

After Fawlty Towers, Sachs went on to play Ramsey Clegg on ITV’s “Coronation Street” and had a brief role on BBC’s “EastEnders”.

In 2008, the BBC apologized to Sachs after radio hosts Russell Brand and Jonathan Ross left lewd voice messages about Sachs’ granddaughter on his phone.

Sachs later said the incident continued to haunt his family.

“Brand and Ross were like two teenagers on the rampage, laughing at their own jokes, which is not something the best comics usually do,” he wrote in an article on the incident published by the Daily Mail in 2014.

While fans and critics have widely praised Sachs’ comedic talent, he was more modest about his work as Manuel.

“It was just a part I was playing and people seemed to laugh,” Sachs told the BBC in 2014.