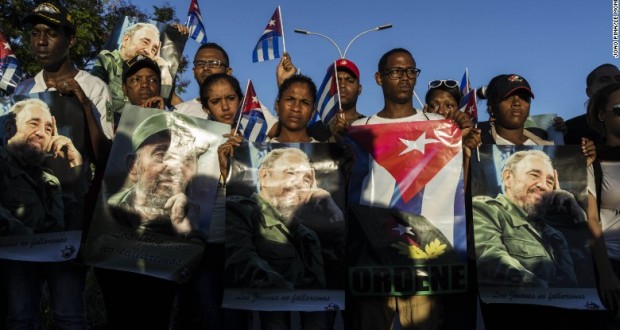 The three-minute ceremony at Santiago de Cuba’s Santa Ifigenia Cemetery ended nine days of public mourning for the charismatic but polarizing revolutionary who led Cuba for half a century, CNN reports.

Cuban President Raul Castro slid the box of ashes into an opening in the mausoleum, made from a boulder excavated from the town of Las Guásimas, east of Santiago. The mausoleum was sealed with a plaque that says simply, “Fidel.”

Castro died in Havana on November 25 at age 90.

His ashes arrived Saturday in Santiago after a four-day tour across the island nation. Santiago is located on the eastern end of Cuba, about 880 kilometers (546 miles) from Havana.