Shares
Three women have died after being shot in the head by a sniper in a seemingly random attack outside a restaurant in Finland. 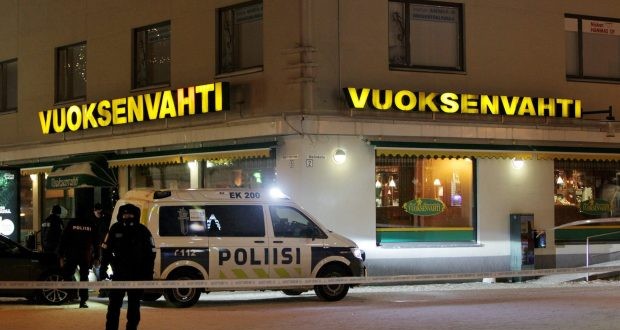 The three victims, said to be a mayor and two journalists, were shot in a pedestrian area outside the restaurant in Imatra, Finland late last night, Metro reports.

The attack occurred moments before a police patrol car arrived at the scene, officials said yesterday.

Detective Inspector Saku Tielinen told a news conference today that it looked like the victims were ‘chosen at random’.

Tiina Wilen-Jappinen was chairwoman of Imatra City Council while the other two women were journalists, the police said.

A 23-year-old local man has since been arrested and is being questioned by officers.

The women were shot multiple times in the head and torso with a rifle. There was no known motive.

Imatra is a small town about 140 miles east of Helsinki.

‘We decided to open a crisis centre after the shooting occurred right in the middle of the town near restaurants and nightclubs,” said Saara Raudasoja, a spokeswoman for the South Karelia Social and Health Care District.

‘There were people there when it happened. In such a small place, it’s quite a huge incident and many people were shocked.’