Shares
Italian Prime Minister Matteo Renzi announced his resignation after he clearly lost a referendum on the constitutional reform. According to the 41-year-old Renzi opponents now have to come up with plans to make the country more governable. 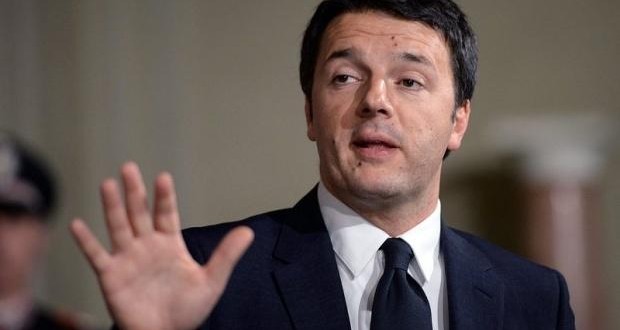 Approximately 60% of Italians said “no” to the proposed adjustments that center-left Prime Minister Matteo Renzi had linked his political fate to. The result has become clear from the exit polls immediately after closing the polling stations at 11 p.m. yesterday. The turnout was about 67%, quite high for Italian standards, Joinfo.com reports with reference to the Dutch media.

One of the main constitutional amendments backed by Renzi was to curtail the power of the upper house of Italian Parliament, the Senato and regional administrators from 315 to 100 members. The reforms are needed to make Italy more manageable. The referendum got a second layer when Renzi his political fate to the outcome covenant.

Although the referendum in Italy was not directly about the role of the country in Europe, a no vote is seen as a protest against the pro-EU policies of the Italian Prime Minister.

The Italians cast their ballots at the referendum to express their dislike of European politics, and now the European project is in even rougher waters after the Brexit.

The euro fell to a 20 month low immediately after the announcement of the exit polls. The value of the currency in early November was $ 1.12, now it is worth less than $ 1.06.

The possible political instability after the Italian government resignation is a threat to the European economy.

Renzi delivered a speech shortly after midnight. The 41-year-old Prime Minister said he “takes full responsibility for the defeat,” which he described as “extremely clear.”

“We have given the Italians a chance for change, but we did not make it,” he continued his speech from the Palazzo Chigi housing the government in Rome. “The experience of my government ends here.”

The Social Democrat Renzi was the Prime Minister of Italy since February 2014.

On Monday, Renzi will meet with the Italian President Sergio Mattarella who has to accept his resignation and decide what to do next.

The big question is whether there will be early elections in the spring or a “business” Cabinet will be appointed until 2018 when new elections are scheduled.

Beppe Grillo, a leader of the Five Star Movement, a driving force behind the ‘no’ camp, has already called for early elections.

Monday will be a big day not only for Italian politics, but also for the other EU leaders.

Besides, the results of this vote put big pressure on the financial markets. Italian banks have already been working with major problems, and now their stability is threatened by the political uncertainty.