Cassini spacecraft made its first ring-grazing orbit around Saturn

Shares
NASA's Saturn-orbiting Cassini spacecraft is in the last year of the mission launched in 1997. On Sunday it has made its first close dive past the outer edges of Saturn's rings 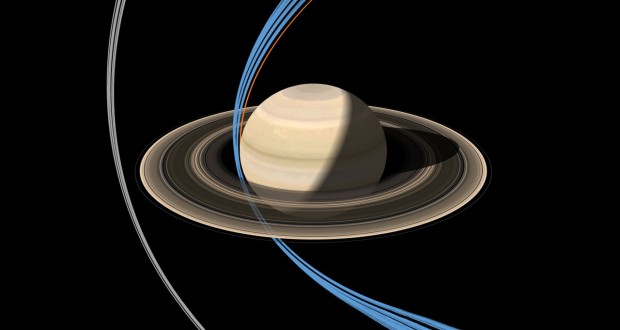 Cassini has been touring the Saturn system since arriving there in 2004 for an up-close study of the planet, its rings and moons.

The spacecraft will make 19 more dives past the rings wile orbiting around Saturn. Each of Cassini’s orbits will last one week. The next pass by the rings’ outer edges is planned for Dec. 11.